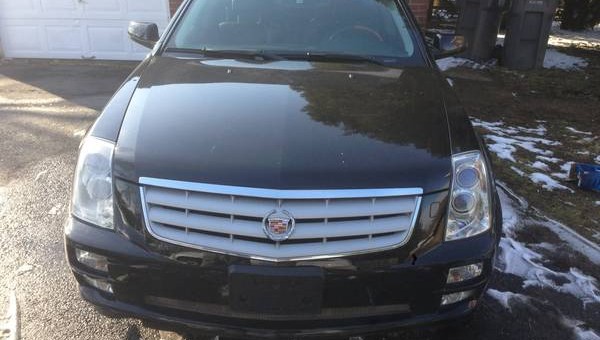 We already know that U.S. Vice President Joe Biden is a huge Corvette fan. He owns a ’67 of his own, and talked briefly about his love for the 2015 Corvette Z06 during his visit to the North American International Auto Show in Detroit earlier this year. It turns out the left-leaning politician is a bit of a Cadillac fan too, and thanks to an ad that popped up on Craigslist in Delaware, you can now own his former 2005 Cadillac STS.

According to the ad, Biden leased the STS from 2005-2008 prior to his election as Vice President. It’s fully loaded, complete with the V8 Northstar engine, all-wheel drive and a Bose stereo system. The seller is asking $15,000 for the car, which has an unspecified number of miles. That’s a little more than you’d normally pay for an STS of this sort, but  it isn’t a bad price for a piece of presidential history.

So how does the seller, Jeff Finkle, know it’s Biden’s old ride? According to him, the Bluetooth system still had the numbers of three of Biden’s family members programmed into it.

“At first I didn’t know,” Finkle told the Delaware News Journal. “Until the Bluetooth in the car had Beau, Hunter and Jill’s Washington, Philadelphia and other important numbers in it.”

He also said information on the warranty from Delaware Cadillac indicated the car used to belong to Biden.

If you’re a Biden fan, or are just in the market for an STS in decent shape, check out the ad right here.