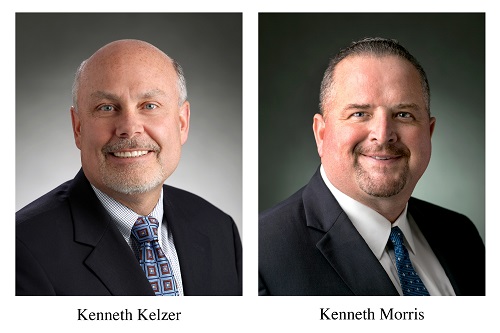 In light of the restructuring, 33-year GM employee John Calabrese, vice president of Global Vehicle Engineering, has elected to retire. He began his career with GM in 1981 as an experimental engineer and has served in a variety of leadership roles in Engineering and Purchasing. He will remain with the company until August to assist with the transition of the two new organizations.

“Under John’s leadership, GM has developed industry-leading vehicles in practically every segment in which we compete,” said GM North America president, Mark Reuss.  “He raised the bar in Engineering and has us well-positioned for the future. We thank John for his many contributions and I thank him for his friendship – and wish him the best.”

Morris joined GM in 1989 as a brake systems engineer, coming off his job with Borg Warner Automotive Transmission Systems where he was a test engineer. He has held several key roles in engineering with GM, most recently executive director for Global Chassis Engineering, where he was mainly responsible for the design and execution of fuel systems, suspensions, steering, brakes, tires and wheels as well as powertrain interface systems. He was also previously director for Global Vehicle Performance, Proving Grounds and Test Labs.

Ken Kelzer started his career with GM as an intern in 1982. His most recent position within the company was vice president of General Motors Europe Powertrain Engineering, where he was responsible for many of GM’s powertrain operations in Europe. He also has held the position of executive chief engineer of full and midsize vehicles, global vehicle chief engineer for rear-wheel drive and performance vehicles, and global functional leader of chassis and accessories. He holds a bachelor’s degree in Mechanical Engineering from the University of Minnesota and a master’s in Business from the University of Michigan.