People always talk about the handling abilities of a car. I live in Florida. Where the most curve you’ll find in a road is an interstate on-ramp and the only elevation changes there are to experience are those of mall parking garages. Now you’ll see why I was first a little let down when I received an invitation to drive the 2014 Chevrolet SS from Miami to the Keys. Yes, I was going to be spending my first time behind the wheel of the best performing sedan Chevrolet has built in some time, and driving them along the flattest, straightest stretch of road the state has to offer. That’s like taking Kate Upton out to Burger King on a first date.

I spent the first part of the day driving the 2014 SS. Firing up the engine, I instantly missed the bright red Pontiac G8 GXP I spent a week with almost exactly five years earlier. Both cars are Aussie-made, rear-drive sedans with 6.2-liter LS3 V8s producing more than 400 hp, and they came to life with similar ferocious growls. But this is where the identities of the two cars begin to split. Compared to the G8’s antagonistic styling, the SS has a look that could’ve just as easily have been slated for a next-gen Buick Lucerne. Hop inside, though, and you’ll forgive Chevy – or Holden, rather – for its design transgressions. 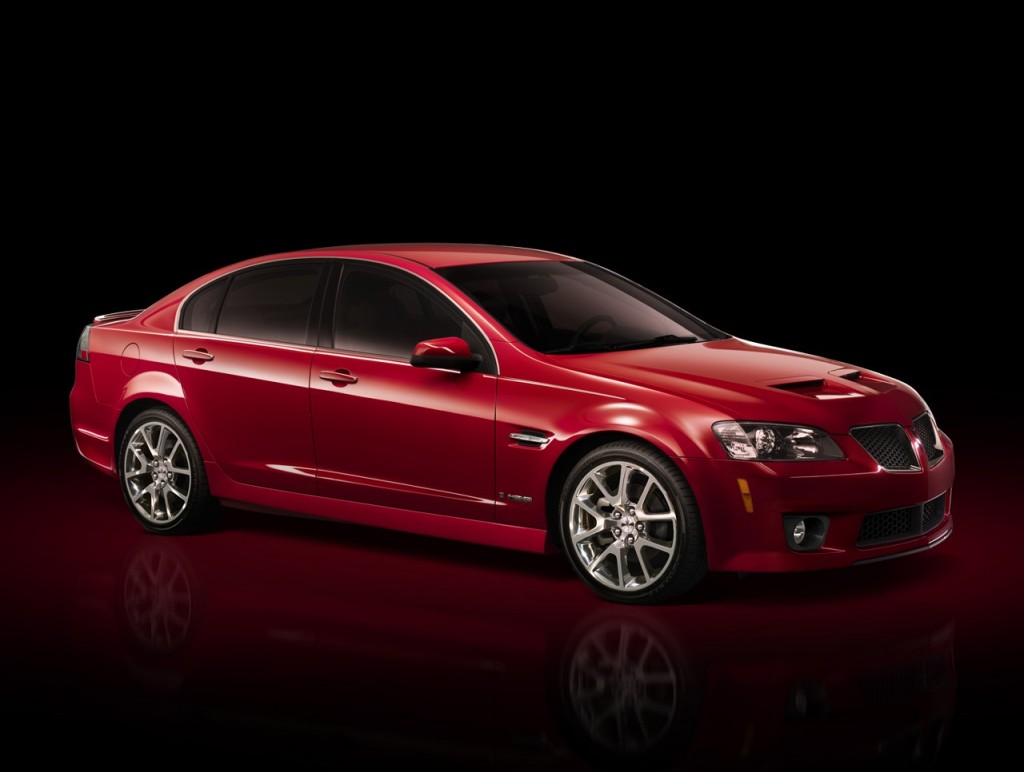 As late-2000s GM products go, the G8’s interior was the definition of classic cost cutting at its worst with subpar materials and few styling changes to vary the base car from the top G8 GXP. Conversely, the SS comes off looking and feeling more like a decontented CTS-V than a hopped-up Chevy. Fitting recent GM trends, the design and materials used in the SS are light years better than those from the G8 offering upscale touches throughout the cabin such as suede accents, sport bucket seats and embroidered SS logo on the dash and seat backs. Standard fare also includes modern tech like the Chevy MyLink and head-up display. It’s also the first Chevrolet that can park itself.

Both the G8 GXP and SS had the ride you’d expect from a performance sedan, but the SS might be the easier of the two in terms of dealing with as a daily driver. Get on them both hard and they deliver grin-inducing acceleration, but in normal driving the SS felt more reserved and refined in the straight-line drive. The car lets you know that it has the power to pass just about anything, but it doesn’t tempt drivers to do so.

The biggest difference between the SS and G8 might be how GM is managing vehicle inventory. While the G8 piled up on dealer lots with cash rebates on the hood, the SS will be limited in both production and options. Aside from colors and two options, buyers don’t have to do much except come up with the $45,770 to acquire an SS. The price for the SS isn’t that bad, but it could be a tough pill to swallow especially when the closest rival, the Dodge Charger SRT, is less expensive and way more powerful. Even worse, it’s starting to look like our time with the SS will be limited as GM plans to shut down its Holden division by 2017. Though we still may see another iteration of the SS, and Holden Commodore, on the athletic Alpha platform, as first seen on the Cadillac ATS and third-generation CTS.