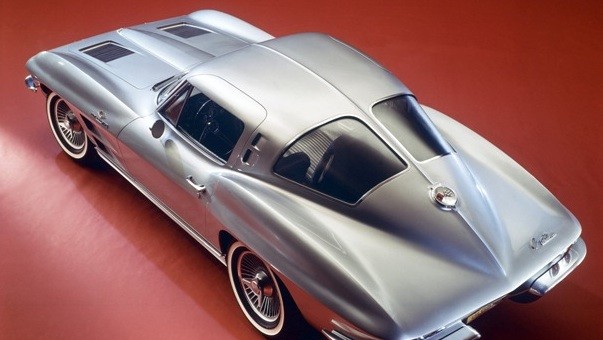 With the release of Chevrolet’s latest race-bred C7 Z06 Corvette, the world is shown once again that General Motors builds some of the most impressive vehicles in the world. With the first Z06 debuting over 50 years ago, we thought we’d take a trip down memory lane and look at the first one.

Let’s flashback 59 years to the summer of 1955 at Le Mans, France. Twenty-three hours and fifteen minutes into the world’s most brutal and mechanically challenging endurance race, after a near day of non-stop racing, disaster struck: 83 spectators died, 120 cheering fans severely injured. Motorsport from then on was never the same.

Reeling with the aftermath of such a tragic accident, automakers across the globe were compelled to shut down racing operations for a while in fear and expectation of the worst. Two years later, the American Manufacturers Association placed a formal ban on manufacturer-backed racing programs in an attempt to limit the damage racing may have caused in the previous years.

While a noble effort, the ban was not to be upheld long—while all the major automakers did indeed refrain from racing their own official racecars, the guy on the street could easily outfit his or her vehicle of choice with homologated parts and specs capable of racing in many premier series throughout the world.

In a reactionary measure from the masterminds behind the Corvette, a legend was born: the 1963 Corvette Z06. Even through the restrictions, the men and women from Chevrolet kept pushing the research and development of their iconic sports-car, producing an automobile ready to race straight from the factory.

The Z06 was released to the public during the debut of the ’63 split-window Corvette, allowing enthusiasts track-ready enjoyment and impeccable style immediately after purchase. With the exclusive Z06 package came the arrival of many racing-derived parts such as massive cooled disc brakes, heavy-duty suspension and, in traditional motorsport fashion, a gargantuan 36.5 gallon fuel tank.

But of course, the masterpiece would not be complete without the absolutely phenomenal 327 small-block V8. Producing 360 hp and 352 lbs-ft. of torque, the Z06 hit 60 MPH in an impressive 5.9 seconds, giving drivers instantly competitive performance the moment they turned the key.

Truth be told though, the racing-spec Corvette was far from cheap, debuting with a base price nearly $800 dollars more than the mighty Jaguar E-Type. Likely due to the racing nature of the car and GM’s willingness to eschew sanctioned racing, the Z06 option was not even listed in the brochures. In the end, a total of 199 Z06-optioned Corvettes were produced, making the ’63 one very rare machine.

After a 38-year hiatus, the Z06 option returned to the Corvette line-up, continuing the rip-roaring performance from 40 years prior but now with the driver-friendly practicality that technology allowed. Now that the world readies itself for Corvette’s latest track rocket, one can truly appreciate the epic history of the absolutely Corvette Z06.