Few things in the automotive industry are as iconic as Chevrolet’s logo — officially known as the Chevy Bowtie. Having celebrated its 100th anniversary in 2013, The Bowtie has adorned 215 million Chevrolets over the course of a century, and 60 million Chevys all over the world proudly wear the logo today.

But the story behind the iconic logo doesn’t end there: in addition to its popularity, The Bowtie has undergone quite the transformation since its inception in the early 1900s. It started out as a big bowtie with word “Chevrolet” printed inside of it, lasting that way for roughly twenty years. That original design was followed by several iterations of “wings” hoisting the Bowtie itself, and then a coat of arms akin to that of Cadillac’s in the 1950s.

From that point forward, the design direction seemed to have turned in favor of presenting The Bowtie by itself, with the latest iteration being released in 2013. This latest version, which sports a shiny silver border surrounding a textured matte-like appearance, can be seen on all Chevrolet cars, trucks, and crossovers produced and marketed in more than 140 counties worldwide.

Check out its evolution through the years: 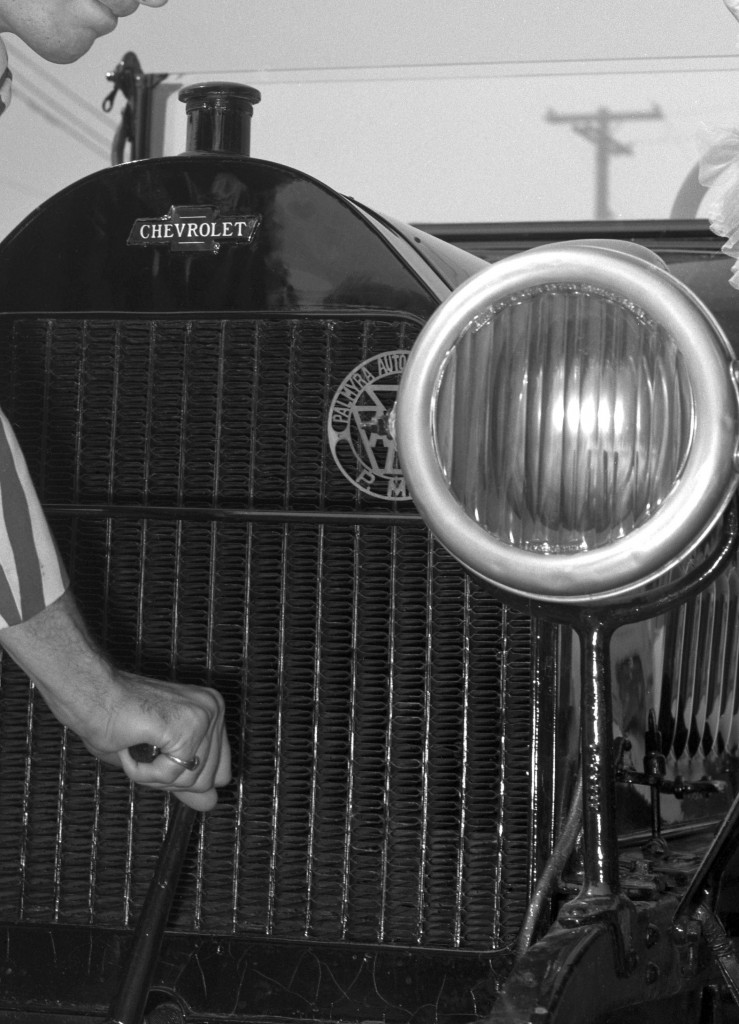 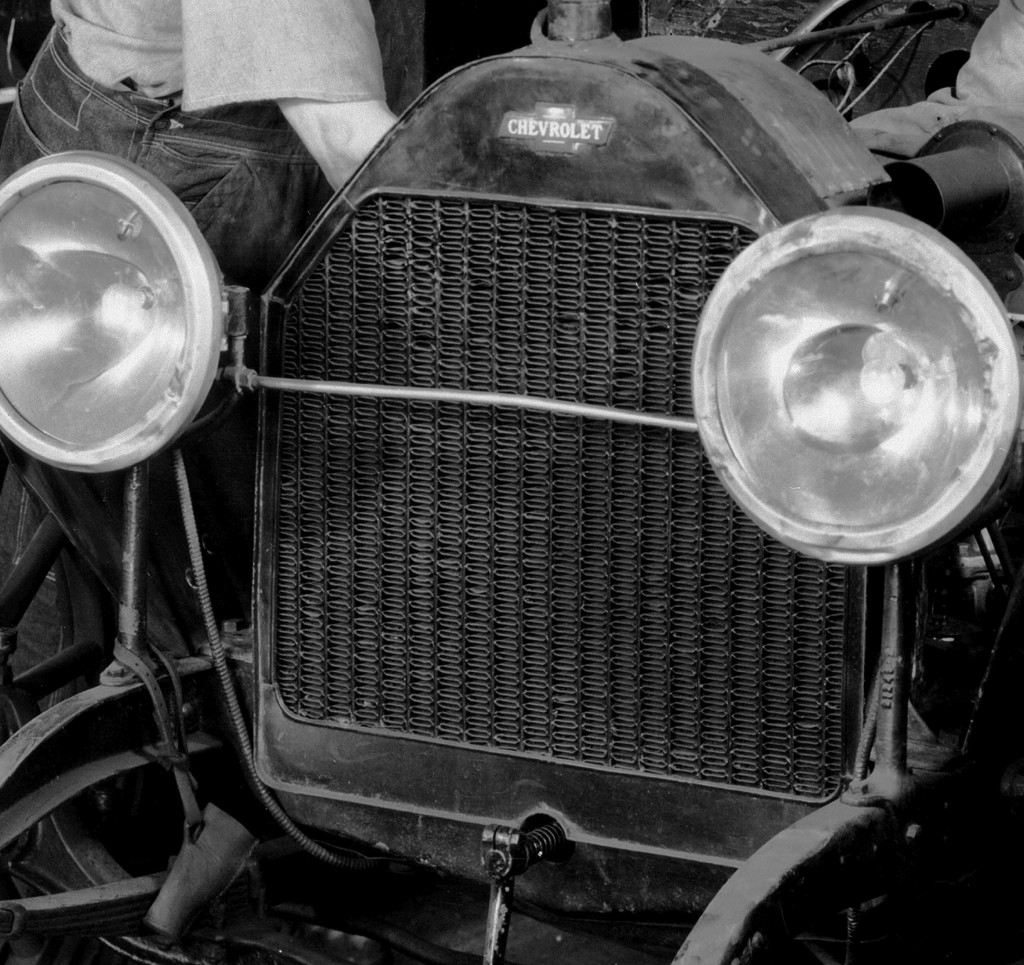 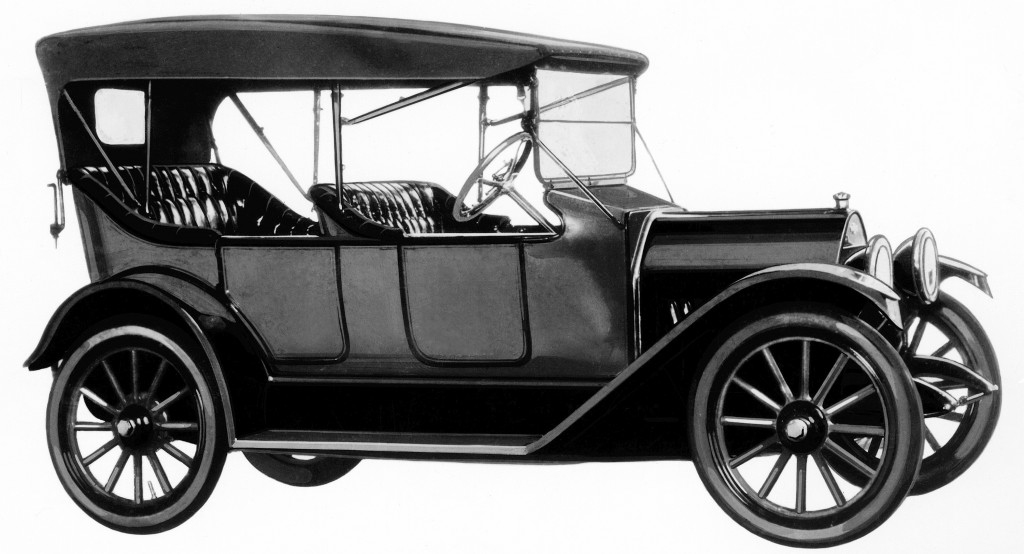 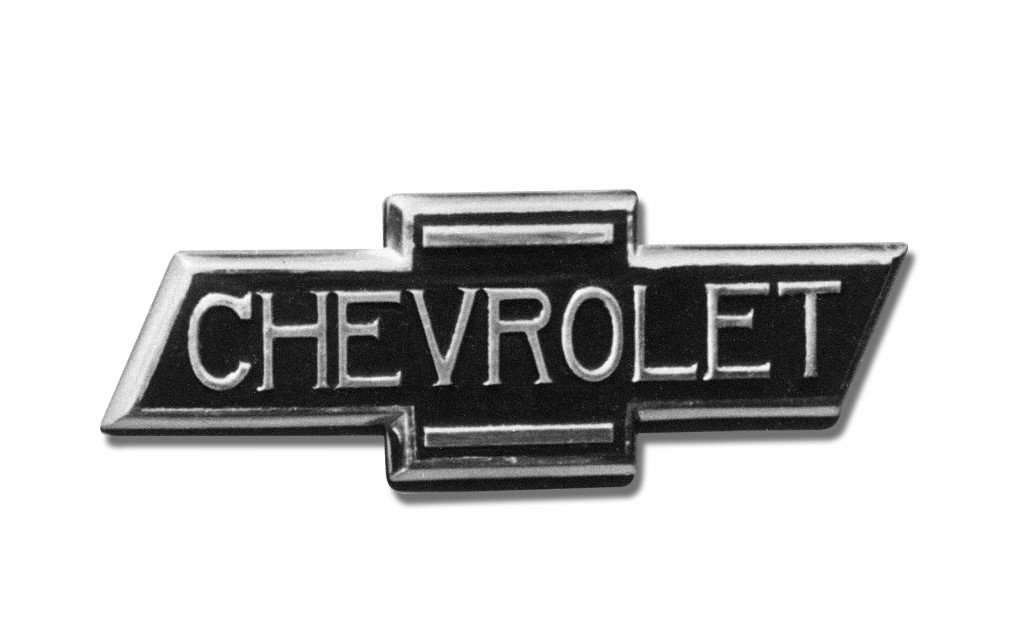 The Chevrolet bowtie as it appeared on all 1936 Chevrolet trucks. 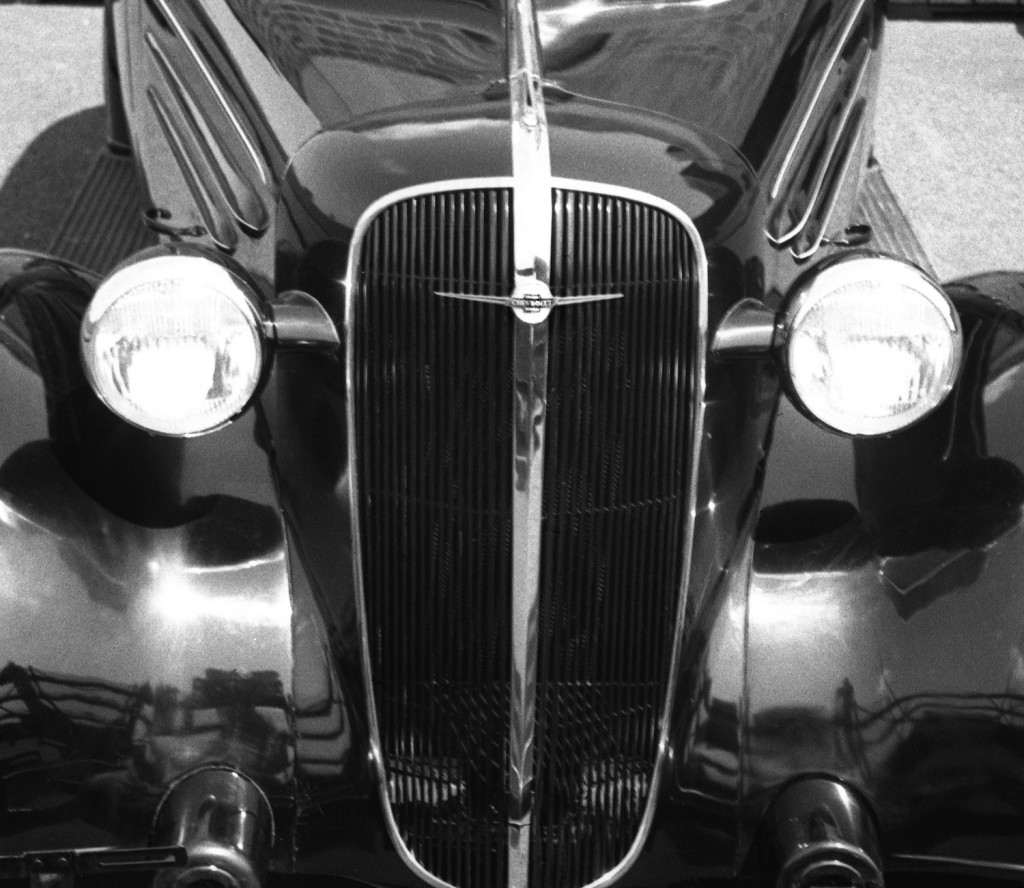 The 1947 version of the Chevrolet bowtie as it appeared on Fleetline, Fleetmaster and Stylemaster cars. 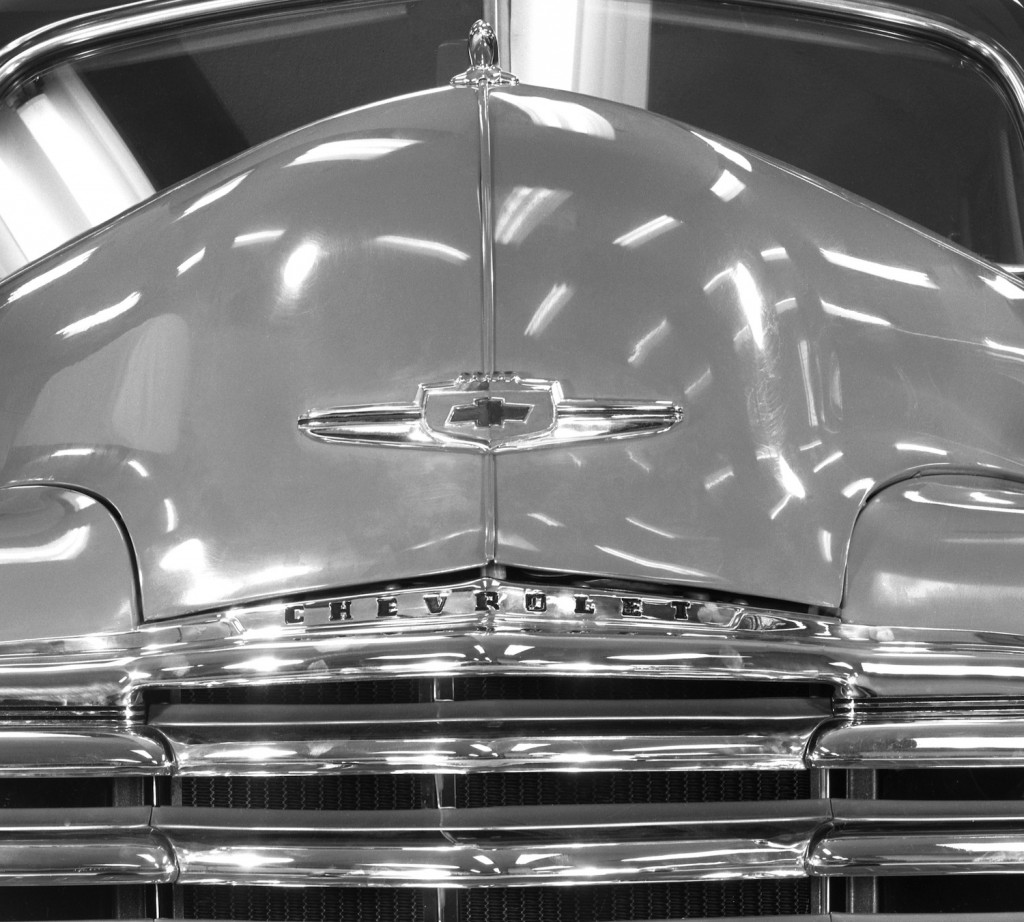 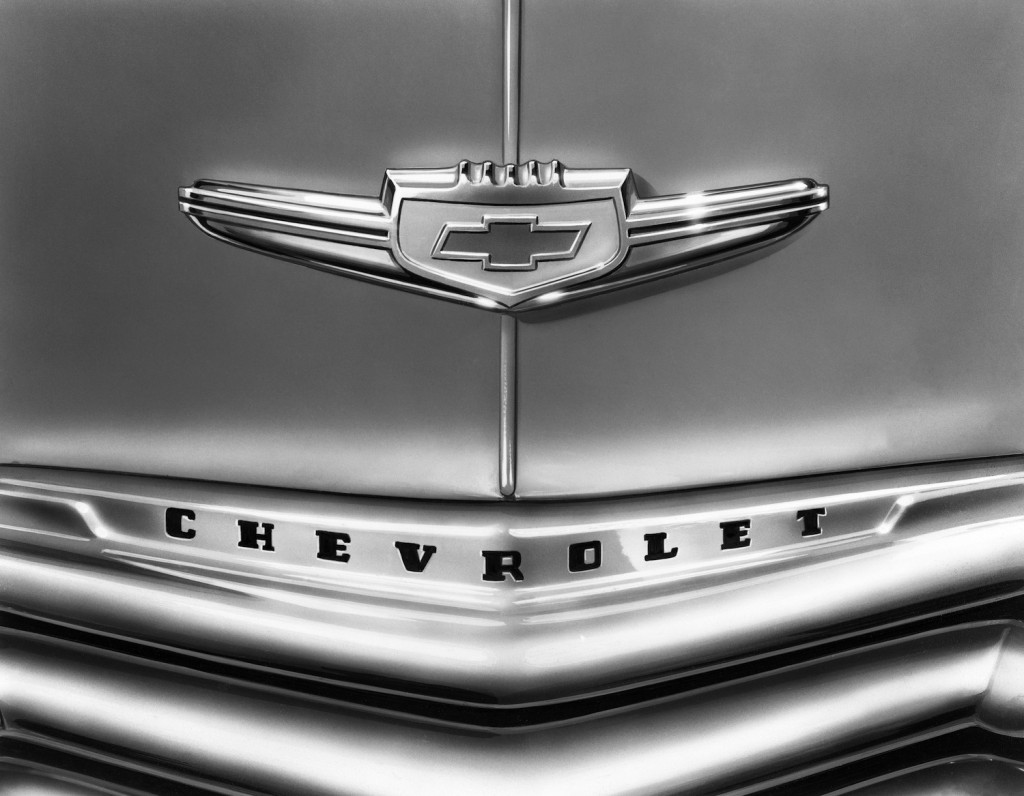 The Chevrolet bowtie as it appeared on the 1969 Chevrolet Camaro. 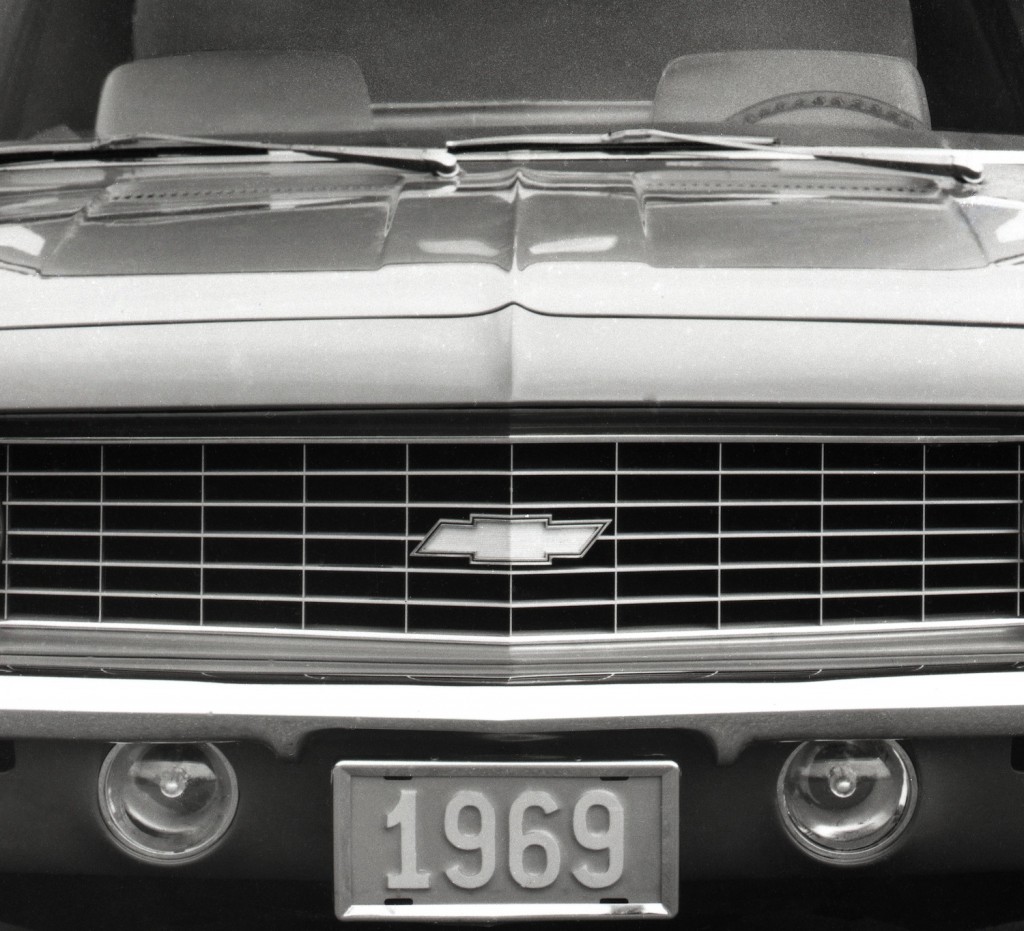 The Chevrolet bowtie as it appeared on the 1974 Chevrolet Impala. 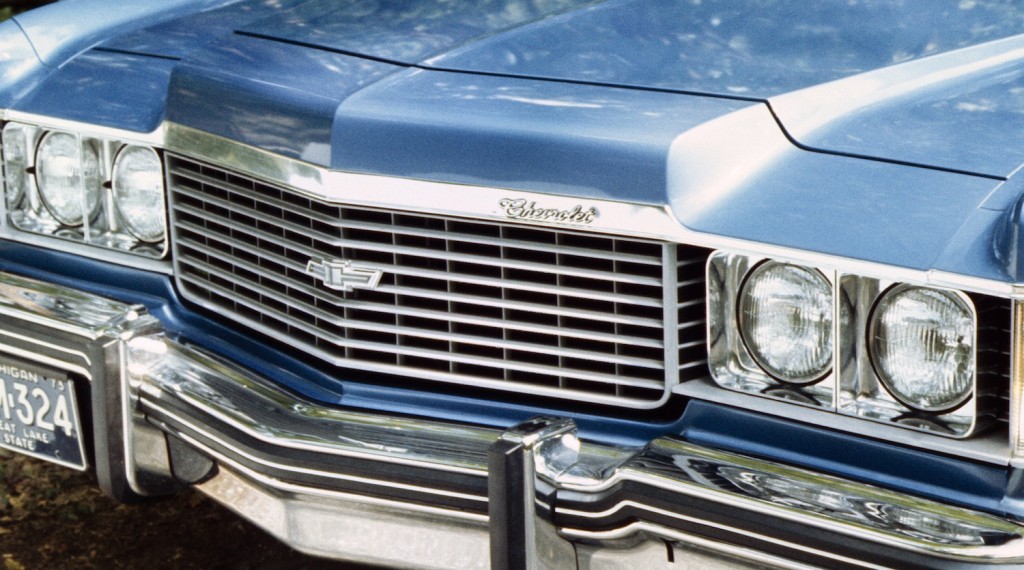 The Chevrolet bowtie as it appeared on the 1982 Chevrolet Blazer. 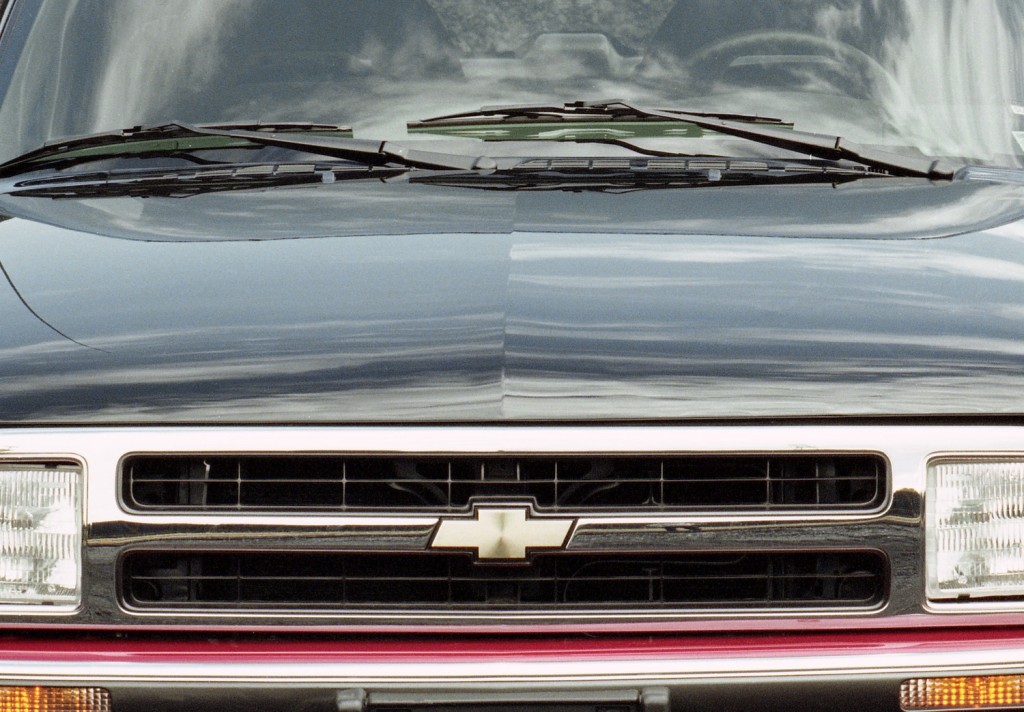 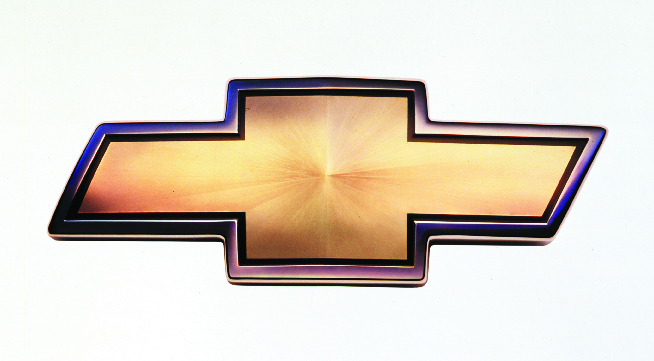 Beginning with the 2004 Malibu, the Chevrolet global bowtie badge was used on Chevrolet cars and trucks.

The current Chevrolet global bowtie appears on all Chevrolet cars, trucks and crossovers produced and marketed in more than 140 countries. 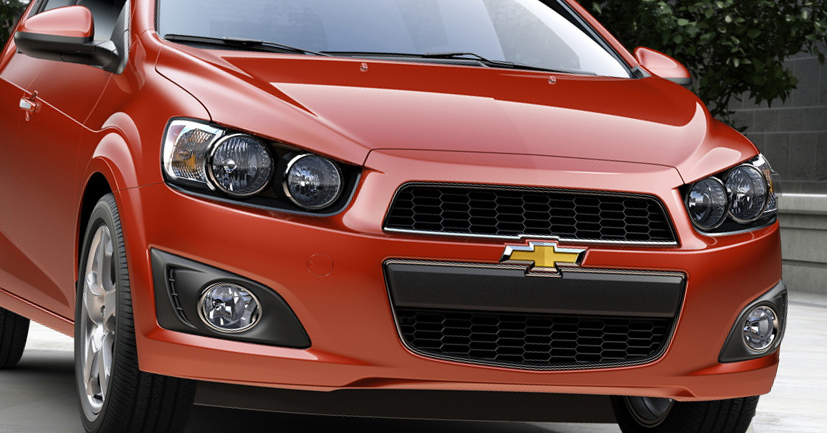 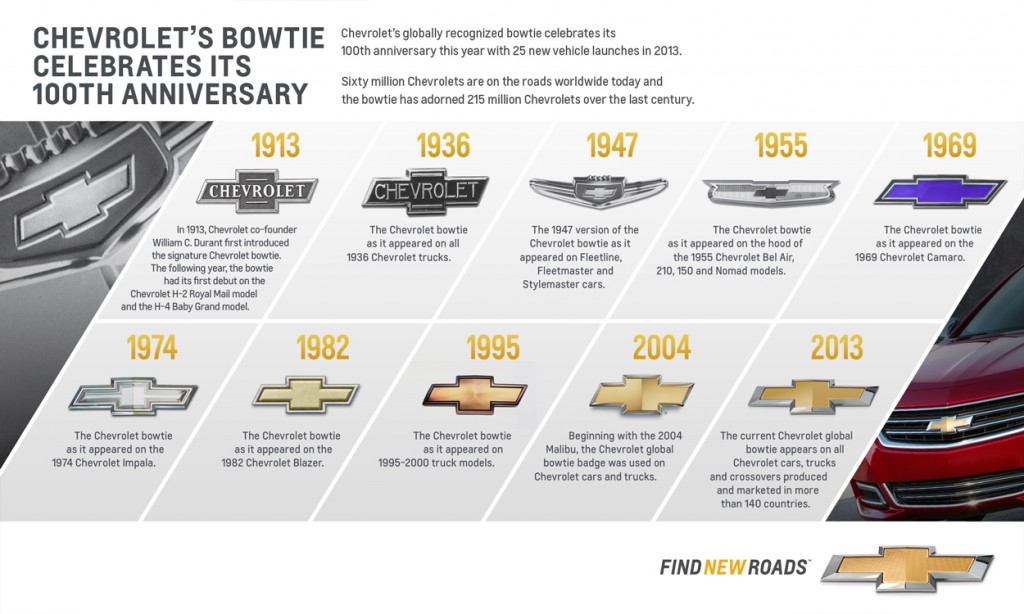