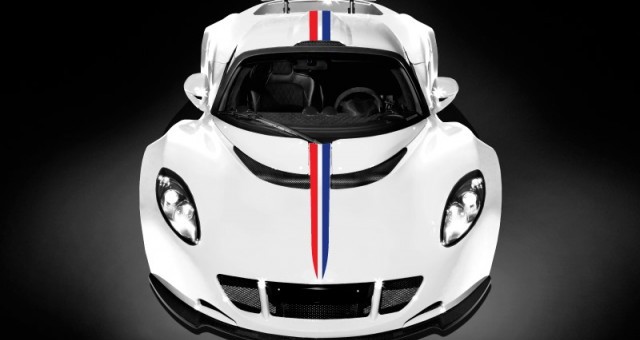 “The Venom GT is America’s supercar and it broke 270 mph top speed on the same runway where the Space Shuttle landed at the Kennedy Space Center,” notes Hennessey owner John Hennessey. “We wanted to offer a special paint scheme that would incorporate the colors of the American flag—the same flag we flew on the Space Shuttle runway. Thus, our special livery package includes a body in white with red and blue stripes.”

Although the Venom GT did not break the world land speed record for a production vehicle, it does hold the record for the quickest accelerating car from 0-186 MPH (300 km/h) in 13.63 seconds. The engine of choice is a highly modified GM Small Block V8.

If you are one of the special people who can afford a Venom GT, you’ve already too late—production has been limited to three units, and all of them are already spoken for. Alas, don’t fret on missing out on your chance to own this rolling piece of history because we can think of several other $1,250,000 cars you can buy.