General Motors has announced that a member of its board of directors, Cynthia Telles, plans to step down from her post later this year.

A longtime faculty member in the UCLA School of Medicine’s psychiatry department and director of the UCLA Neuropsychiatric Institute Spanish-Speaking Psychosocial Clinic, Telles joined the GM board in April 2010. She plans to step down after the company’s annual shareholder meeting this summer, and is choosing to serve on the board of directors of another company. 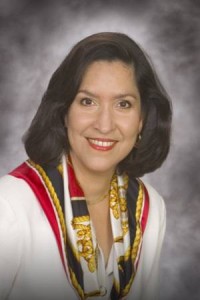 “Dr. Telles attributed her decision to her recent appointment to serve on the Board of Airport Commissioners of the Los Angeles World Airports and to her confidence in the Company’s improved situation and prospects,” GM said in a regulatory filing.

“It has been a great privilege to have worked with GM’s board and its management team,” Telles said in a statement released by GM. “With GM’s return to profitability as a public company, the government ending its formal role and the election of our new leadership, the company is on firm footing for the future.”

Telles’ departure becomes the third for GM’s board so far in 2014, following those of David Bonderman, who will not seek reelection for his post, and Robert Krebs, who will leave before the annual meeting to comply with a policy that requires board members to retire by age 72. The automaker currently has 12 board members who don’t perform day-to-day duties, plus CEO Mary Barra and Steve Girsky, who is serving as a senior advisor through April.