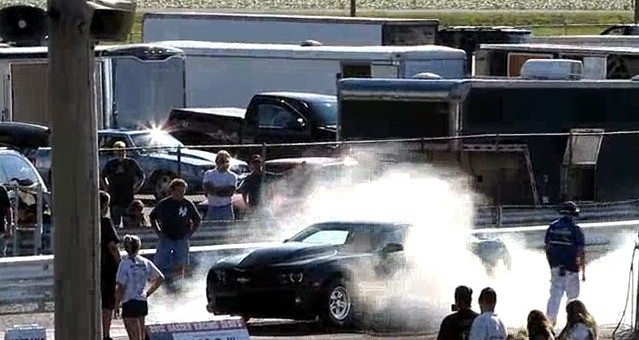 Says Jim Campbell, General Motors U.S. Vice President of Performance Vehicles and Motorsports, “Chevrolet has a long history of supporting NHRA drag racers and our 2014 contingency program rewards sportsman and Pro Stock racers for top performances. When you race with Chevrolet Performance parts and display our decals, you are eligible for a contingency payout that can be reinvested in your race team.”

Out of all of Chevrolet’s efforts, the most familiar may be their COPO program that they have been doing since 2012—as a reminder, COPO Camaros are the serial-numbered series of race cars that harken back to the 427 Camaros from 1969. Only 69 ZL1 aluminum-block 427 Camaros were built in ’69, and Chevrolet has built an equal number of the latter-day race cars per year with a number of engine configurations. COPO Camaro racers who win in Super Stock and Stock classes in the NHRA’s Mellow Yellow Series are eligible for a $1,500 payout with the runner up receiving a $1,200 payout—a $450 increase from last year. Chevrolet Performance will also pay COPO Camaro racers $1,000 for a class win at four special events, and winners at the NHRA Lucas Oil Drag Racing Series may receive $1,000 for an overall win and $500 for runner-up.