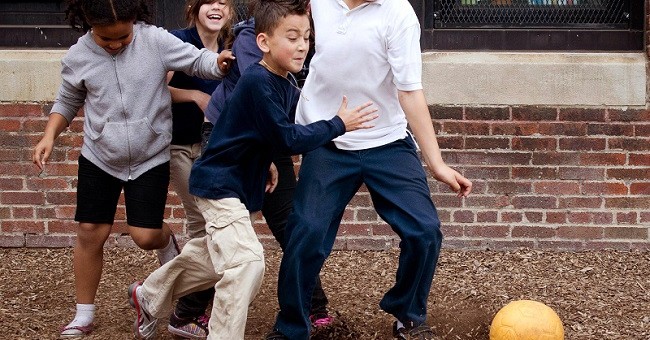 Chevrolet has announced the launch of its “What Do You #PlayFor?” campaign, a new social and digital campaign which aims to inspire and bring football (soccer) fans closer to the sport than ever before.

Sunday’s Premiere League match between the Chevrolet sponsored Manchester United and Liverpool FC marked the global launch of the campaign. Chevrolet asked “What Do You #PlayFor?” on social media during the game, and shared player’s and fan’s answers on the Chevrolet FC website.

“From the beginning of our partnership nearly two years ago, Chevrolet has followed through on its pledge of bringing fans closer to our Club and using football to do good around the world,” Richard Arnold, Manchester United group managing director, said in a statement. “Chevrolet’s ‘What Do You Play For?’ campaign will stimulate global discussion and engagement amongst Manchester United’s 659 million followers worldwide and create meaningful change around the world.”

It was also announced that Chevrolet and Manchester United will deploy former star players, known as ‘club legends’, this year to work with children and coaches in developing countries. Chevrolet is currently working in Bandung, Indonesia to help revitalize the community on behalf of Rumah Cemara, a local organization that uses peer intervention and football to better the quality of life for people who use drugs or have HIV/AIDS.

“One World Futbol Project ‘s goal is to bring the power of play to children everywhere in the world, especially those living in disadvantaged communities where play opportunities are scarce and where children play in harsh environments,” Tim Jahnigen, co-founder and chief innovation officer of One World Futbol Project, said in a statement.

Chevrolet is planning several different announcements and fan engagements around the world this year in regards to its What Do You #PlayFor?” campaign and the Manchester United sponsorship, including the unveiling of the Chevrolet-branded Manchester United match jerseys in July.