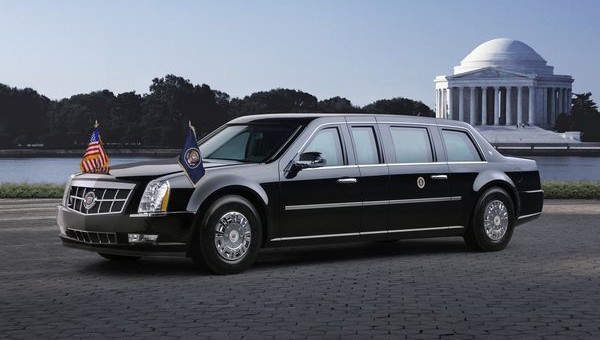 After an impressive 8-year long contracted tenure serving for the Commander in Chief, Cadillac’s affectionately named “Beast” presidential limousine will be hanging up its armor plating, and being whisked away into the pages of history with the introduction of a new president come 2017.

General Motors has held the exclusive privilege to manufacturing the President’s personal fortress on wheels for some 30 years now, yet the Department of Homeland Security is once again offering the production rights to any company meeting the stringent criteria and deemed the best value to the government. Mind you, that; as is the same requirements for becoming the leader of the free world, such a tank with wheels must be of American birth, and have the vehicles company HQ and development (residence) somewhere in the United States.

Unlike Presidential transports of yore, recent vehicles have not been based of a pre-existing platform, but rather from the ground-up as an impenetrable cocoon for the President and his most-important of foreign dignitaries. Of course, no specifics have been given on the procedures of making “The Beast” but some rumors suggest armor nearly 5 inches thick, bulletproof everything, and a fully sealed cabin capable of warding of chemical threats if necessary. Such irreplaceable safety equates to an unofficial curb weight of a monumental 10,000 lbs.

Though a tried and true American-made brute in a suit would seem to make sense due to its impressive reliability and undeniable level of ‘American-ness’, in keeping with the U.S government’s “green agenda,” alternative propulsion sources such as hybrid-power and CNG are also under consideration.

Final selections for the United States government contract are scheduled to take place August 29 of this year, with development continuing on from there. Mums on just who is in the running, but we’re hoping, and expecting, that Cadillac has its name in the hat.

When an official producer is chosen, manufacturing will begin in a four step process, specifying parts from the most minute chassis details to the heart of the behemoth, with the first ride to be given to America’s 45th president at the beginning of their four-year term come January 2017.