Wednesday, January 29th, 2014 marked the launch of a new railroad spur line at GM’s San Luis Potosi Manufacturing Complex in Mexico. The spur will increase the efficiency of transportation of Chevrolet Aveo and Trax units to different locations and distribution centers.

The new spur has a length of 2,800 meters (3,062 yards) and will allow GM to move 45,000 units of the Aveo (the best-selling car in Mexico) and Trax a year through specialized railway equipment to transport new vehicles through the rail network. The main destinations of these units will be GM Distribution Centers located in Queretaro and Coahuila, as well as exports (mainly) to Canada via Nuevo Laredo, in the state of Tamaulipas. 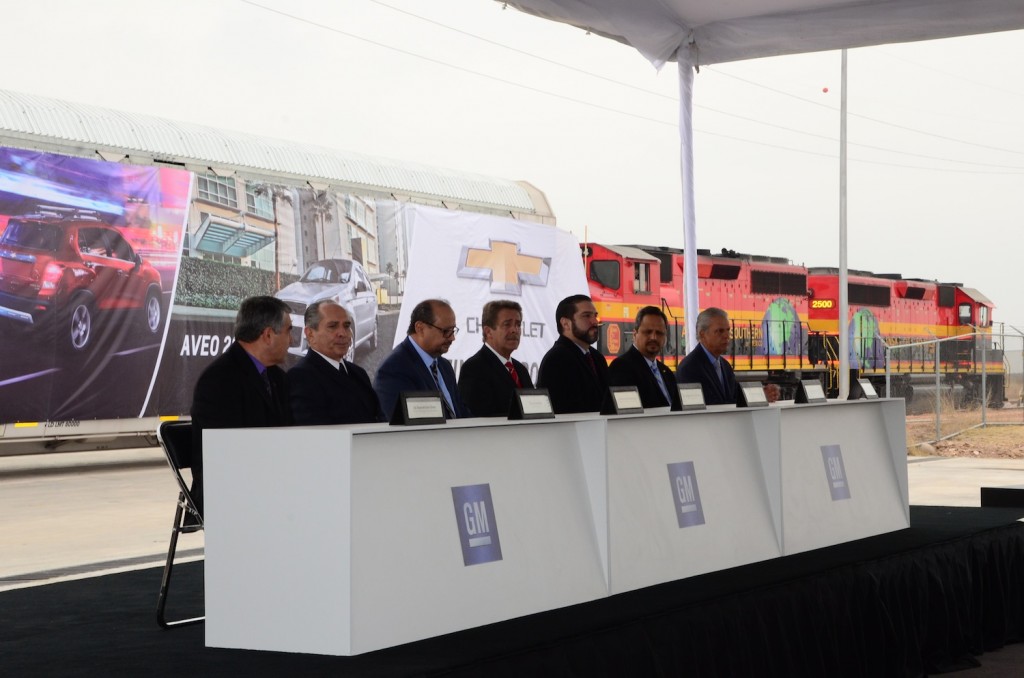 The inaugural event was attended by the Governor of the State of San Luis Potosi, Fernando Toranzo Fernández, as well as the President and CEO of General Motors of Mexico, Ernesto M. Hernandez.

In a news release, General Motors noted that there is a second aspect to the project is to increase the length of the spur, with details of the second phase being available at a later time.