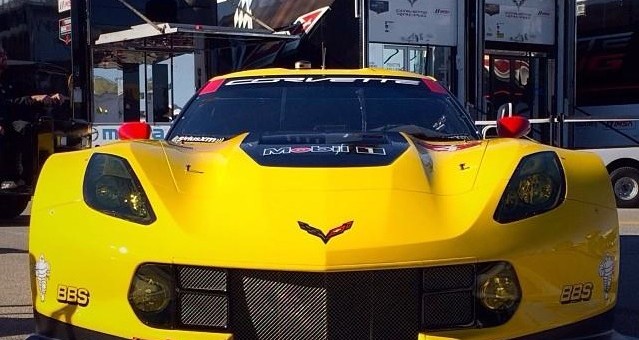 Corvette Racing will compete for the 15th consecutive year in one of the most grueling endurance races in world, the 24 Hours of Le Mans. Two C7.Rs will race at the legendary De La Sarthe Circuit in June after being accepted into the GTE class, the team announced late last week.

“It is always an honor to earn an invitation to race at Le Mans,” said Mark Kent, Chevrolet’s Director of Racing. “It is one of the most important races in the world for Chevrolet and is the ultimate proving ground for the technology that goes into our production line. The Corvette C7.R and 2015 Corvette Z06 are perfect examples of that automotive evolution and are the benefactors of Corvette Racing’s previous success at Le Mans.”

Armed with two C7.Rs bearing numbers 73 and 74, Corvette Racing will be hungry for their eighth class victory since 2001 in the French endurance race. The team says their hopes are high this year with an all-new, more competitive car. The C7.R’s stiffer aluminum frame will provide increased stability and control, while the engine’s direct fuel injection will help save fuel – crucial in an endurance race such as Le Mans.

The No. 73 car will be piloted by Antonio Garcia, Jan Magnussen and Jordan Taylor while Oliver Gavin, Tommy Milner and Richard Westbrook will be behind the wheel of the No. 74 car. The driver lineup is the same as it has been for the last two years, which is a good thing, seeing as Garcia, Magnussen, Gavin and Milner all have won the race in a Corvette.

“Competing at Le Mans year after year is special,” said Doug Fehan, Corvette Racing Program Manager. “It’s always fantastic to see the European Corvette fans who are always incredibly knowledgeable and passionate about Corvette Racing. We’re all thrilled to race the Corvette C7.R there for the first time and are optimistic to return to the top of the podium for the eighth time.”