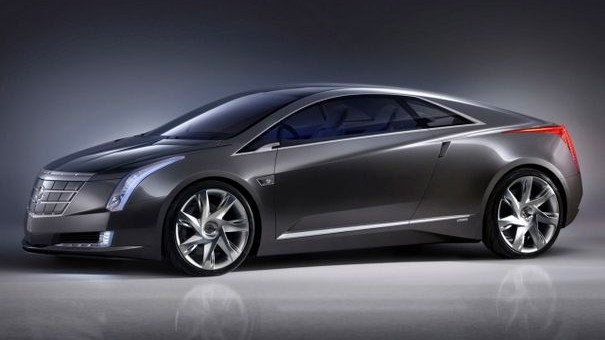 Deliveries of the 2014 Cadillac ELR have begun and it won’t be very long before you see its sharp, alluring body lines cruising silently down the interstate. The ELR owes that pretty sheet metal to a concept car that first debuted back in 2009, the Cadillac Converj.

The Cadillac Converj concept was unveiled at the 2009 Detroit Auto Show, serving as a study for how Cadillac could converge the many aspects of Cadillac’s Art and Science philosophy. The Converj blended a sporty, aggressive coupe with a luxurious interior and the progressive technology of an extended range EV.

“We saw Converj as a perfect fit, and ultimate expression of Cadillac’s Art & Science philosophy,” said Bob Boniface, Cadillac exterior design director.  “While the concept car incorporated the propulsion system, the driving force of the design was to get the right stance and proportion.”

Whereas many concept cars do not retain their dramatic styling once poised for production, the ELR looks nearly identical to the Converj. It has the same aggressive, forward leaning stance, the same vertical LED headlamps, even the 20-inch wheels look similar to the ones seen on the Converj.

“Following the strongly positive reaction to Converj, the challenge was simply to get that design translated into a production context,” Boniface said. “That’s precisely what the project became, we set the show car in the studio with the design and engineering teams and it became the template for developing the production car.”

The 2014 ELR has arrived at select dealerships with a sticker price of $75, 995, including destination. Buyers will be eligible for a $7,500 federal tax credit in addition to varying state and local tax incentives, pushing the price into the $60,000 range.