It was only a matter of time until General Motors provided some concrete information about its plans to integrate in-vehicle high-speed 4G LTE wireless connectivity service into its vehicles. And given that the 2014 International Consumer Electronics Show (CES) has just officially begun, what better venue than to announce details surrounding the connectivity rollout?

The 2015 Chevrolet Corvette, Impala, Malibu, and Volt will be the first GM vehicles to be optionally equipped with OnStar 4G LTE — as the service, delivered via AT&T, will be officially known. The initial batch of compatible vehicles will be followed by the 2015 Equinox, Silverado, Silverado HD, Spark and Spark EV, as well as the Chevrolet Trax subcompact CUV in Canada, with more models being announced later on in 2014.

“Chevrolet is expected to implement the broadest deployment of 4G LTE in the automotive industry,” said Alan Batey, senior vice president of Global Chevrolet. “The fact that OnStar with 4G LTE will be available in models that range from the Chevrolet Spark to the Silverado to the Corvette, is indicative of our broad commitment to deliver more value and convenience through smart technology applications. This new, purposeful technology solution will make our consumers lives easier to connect.”

The newfound availability of in-vehicle 4G LTE connectivity will enable drivers to download apps from GM’s AppShop in certain 2015 model year vehicles and also allow passengers to connect their personal devices, such as smartphones, laptops, and tablets, to a high-speed internet Wi-Fi hotspot, with each vehicle being able to accommodate multiple connected devices at one time. In effect, the vehicle then becomes a Wi-Fi hotspot on wheels. 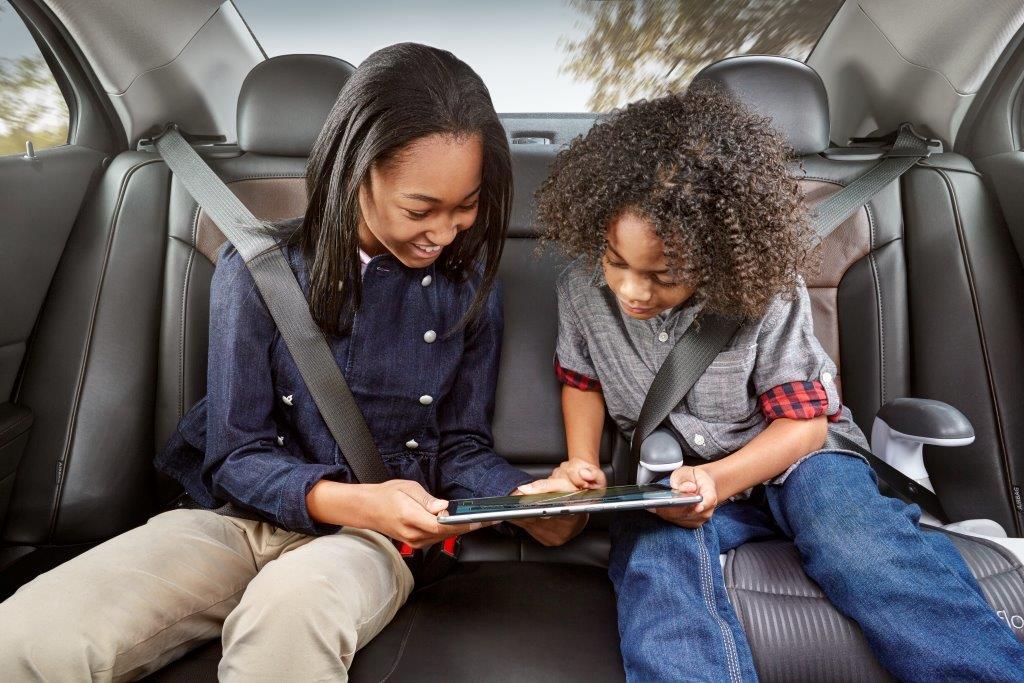 “We know that our customers rely on being connected on a daily, if not hourly basis, and they expect to be provided with the information and content they desire with no interruptions,” said Mary Chan, president, GM’s Global Connected Consumer. In contrast to in-vehicle connectivity solutions offered by competitors, which sometimes require customers to bring a mobile device into the vehicle, GM’s 4G LTE hotspot is built right into the car’s architecture, thereby being able to “provide a more consistent and powerful Wi-Fi connection than a smartphone”, according to Chan.

From an accounts perspective, current AT&T customers will be able to add their vehicle to a shareable bucket of data through AT&T Mobile Share plans. In addition, all drivers will also be able to pay for data on a standalone option. General Motors will announce additional pricing and data packages for OnStar 4G LTE later in 2014.

For those keeping track, the launch of OnStar’s 4G LTE connectivity will coincide with the introduction of the tenth-generation OnStar hardware in those vehicles.