Mary Barra’s appointment to the Chief Executive Officer position of General Motors (arguably) dominated the news cycle last week. And given the importance and the unprecedented nature of the announcement, seemingly everyone wanted to share their opinion about the news.

But the one person who is uniquely positioned as being qualified and informed to discuss Mrs. Barra’s appointment while not being employed by GM (and thereby not bound by a corporate filter) is Bob Lutz. Coincidentally, Barra currently holds the position of head of global product development, purchasing and supply chain, Lutz’s former position with the automaker. So Maximum Bob appeared on Frank Beckmann’s radio show in Detroit last week to discuss the development.

Lutz had lots of positive things to say about Barra, and not just about her work performance and car credentials, as Automotive News points out. But he also added this juicy nugget of goodness:

“I don’t know if you know what she looks like, but she is medium height with an attractive, athletic build, nice face – she’s not a little old lady with glasses, she is very athletic looking, very active and it’s easy to imagine her behind the wheel of a car.”

The host of the show advised Lutz, “You’re going to get in trouble for that.” And in typical Maximum Bob fashion, Lutz replied, “I know. Totally politically incorrect. We are not supposed to have eyes anymore.” 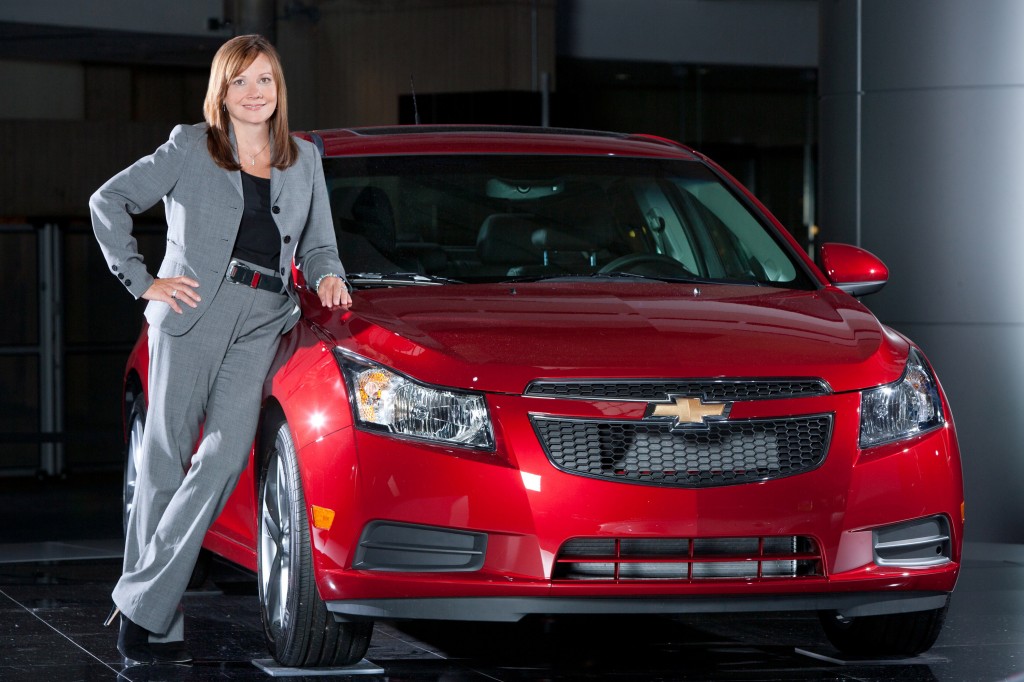 Mary Barra posing next to a Chevrolet Cruze. Can you “imagine” her “behind the wheel” of the Cruze, as per Lutz?