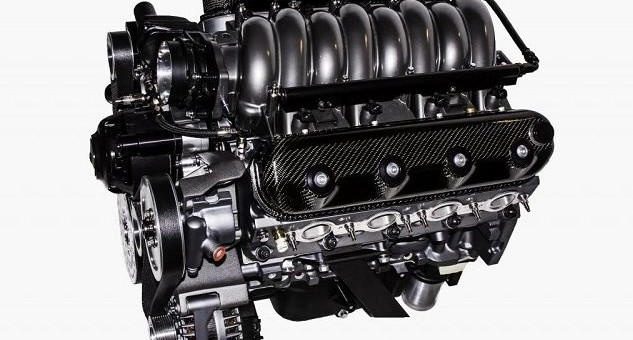 When tuning an engine, especially a GM small block, the majority of individuals are more concerned with how much power it makes rather than how it looks. But such isn’t the case with Nathan Moreno and his simply jaw-dropping LS3.

The entire block, including the cylinder heads, has been completely sanded smooth. A combination of anthracite, gunmetal, black and gray were used to paint the accessories while a special “BMW Frozen Grey” was used to paint the block, cylinder heads, air conditioning compressor and power steering pump. All this paired with the carbon fiber valve covers and composite intake manifold make this one of the prettiest engines we’ve seen in a long while.

Although it’s a shame to hide something so beautiful under the hood of a car, Nathan has plans to re-unite the engine with his fifth gen Camaro. While he’s doing that, we’ll still be trying to look away from this masterpiece.