The shuffle will appoint Matthias Seidl (50) as Executive Director Sales, Central & Eastern Europe & International Operations, which has been vacant since Andy Dunstan was promoted to manage the Russian operations of GM Europe on November 1. Seidl leaves the position of Executive Director Sales, Marketing and Aftersales, which will be filled by Jürgen Keller (47), who currently serves as Director International Operations for Opel. Both appointments are effective January 1, 2014. 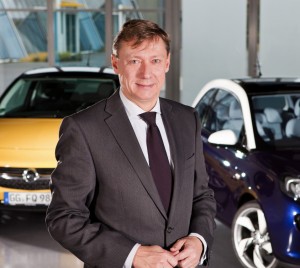 Previously a Saab and Volkswagen executive, Matthias Seidl has been with Opel for about a year, and is appointed as Executive Director Sales, Central & Eastern Europe & International Operations

“Matthias Seidl is a sales professional with many years of international experience”, says Peter Küspert, Vice President Sales & Aftersales. “This year in Germany, he and his team have successfully stabilized our market share. Now we want to utilize his international expertise to drive Opel forward in Eastern and Central Europe, as well as in our international growth markets”.

Seidl has been with Opel since December 2012. Prior to joining the company, he was Vice President Global Sales & Aftersales at Saab Automobile in Trollhättan, Sweden. He also spent 20 years at Volkswagen, including stints as COO of Volkswagen America, Executive Director Sales American Region for VW and Audi, Managing Director of Audi Australia and Director Asia-Pacific, as well as Regional Manager Western Europe at Audi. Before beginning his professional career, Seidl trained as a banker and completed an MBA program at the University of Wales. 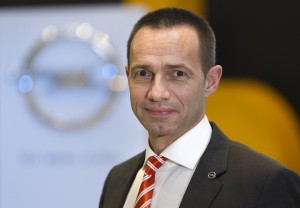 Jürgen Keller is currently in charge of Opel’s International Operations. He has been appointed Executive Director Sales, Marketing, and Aftersales

Meanwhile, Jürgen Keller has worked for Opel since 1993. The former competitive swimmer has led Opel Special Vehicles GmbH and previously serves as Sales Manager for Germany between 2010 and 2012 before taking up his current position in charge of Opel’s International Operations. Coincidentally, Jurgen’s new appointment in Peter Küspert’s team comes as somewhat of a birthday present, since Keller will celebrate both the New Year and his 48th birthday on December 31.

“With Jürgen Keller’s appointment, a respected expert becomes Executive Director Sales, Marketing and Aftersales for the German market,” says Board Member Küspert. “This year, we have successfully stabilized our market share despite the very challenging economic environment in Europe. Consequently, we want to gain further market share in 2014. With his extensive experience and ability to act swiftly, Jürgen Keller will play a key role in achieving this goal on the important German market.”