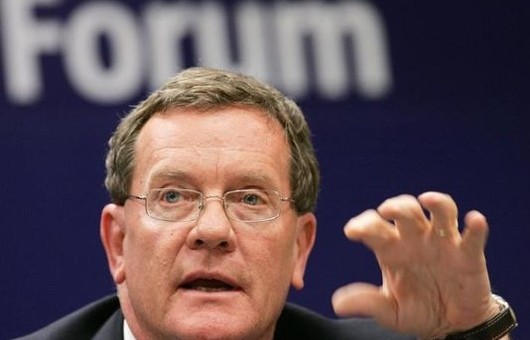 General Motors‘ incoming chairman, Tim Solso, will begin his tenure on Jan. 15 along with new CEO Mary Barra and CFO Dan Amman. It;’s a demanding administrative position, and based off his recent past, the former Cummins Inc. CEO isn’t afraid to make tough decisions. Outgoing CEO Dan Akerson currently holds the chairman title, while Steve Girsky is vice chairman. Both executives are on their way out.

According to the Automotive News, about one year after beginning his position as CEO of then struggling engine maker Cummins, Solso killed off one of the two U.S. heavy-duty engine platforms currently under development, one in which the company had already invested tens of millions of dollars in.

“To kill an engine platform at Cummins back then, it was like a sacred cow,” Jean Blackwell, who was then a vice president at the diesel engine maker, told Auto News. “Tim’s message was: ‘We need the right cost structure, and the customers have to want it.’ People weren’t used to hearing that.”

Cummins shares rose from $7 in early 2000 to $85 in 2011, towards the end of Solso’s tenure as CEO. He transformed Cummins from a struggling company on thin ice, to a strong player in the industry.

Solso cut costs, closing or consolidating 14 plants, in addition to nixing the engine platform. He then made another drastic decision, closing an assembly line at Cummins’ main assembly plant in its hometown of Columbus, Ind.

“Those two moves just shook everybody,” Current Cummins CEO Tim Linebarger, who worked for Solso for over a decade, told Auto News. “The message was: No, I’m serious. Things need to change.”

From early 2000 when Solso began his tenure, to 2012 when it ended, Cummins nearly tripled its annual revenue to 18.1 billion. MarketWatch named him as one of the five best CEO’s of the decade, along with the leaders of Apple, Starbucks and Google.