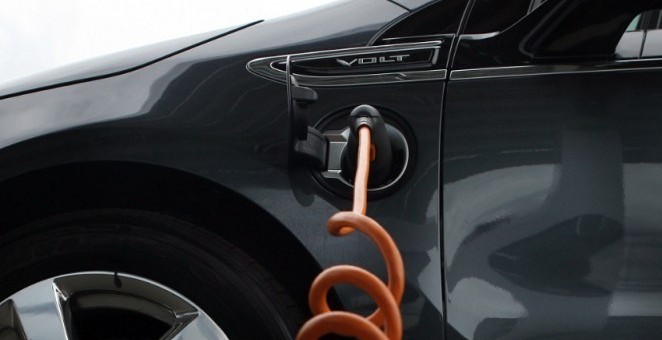 A recent survey conducted by Navigant Research in Boulder, Colorado found that 71% of the 1,084 consumers surveyed plan to spend less than $25,000 on their next car. Unfortunately, this price range pretty much guarantees that they won’t be shopping for an eco-friendly green car such as the Chevy Volt (let alone the Cadillac ELR) anytime soon.

Yet, even though EVs have a price-tag that is higher than most conventional models, they would ultimately cost less and save drivers more money in the long run. A lot of potential buyers are probably not aware that when purchasing an EV they may qualify for a federal tax credit upwards of $7,500. In short, when you drive an EV you are not only going to be doing your part to greatly reduce carbon dioxide emissions, you are also going to be saving a great deal of money.

While above the $25,000 mark up front, the average Chevrolet Volt tends to go for more than three to four times as long (900 miles) as the typical gas-only vehicle before having to stop and refuel. These are the kind of immediate savings that don’t come from driving a conventional automobile – where the only way that you are ever going to “save” money at the pump are on those rare occasions when the price for a gallon of gasoline goes down a few cents.

However, while the Volt and others may be too much for frugal buyers, the Chevrolet Spark EV finds itself under the $25,000 mark, especially after federal tax incentives, and continues to sell at an impressive 40 days-to-turn rate.

Although an EV charging station may not yet be as readily-available as a gas station, this does not seem to pose a problem to owning an EV. According to the U.S. Department of Energy, 90% of EVs are charged at home, not at a charging station. All that is required is a 120-volt electrical outlet. GM has over 400 chargers installed at their workplace facilities for employees and visitors to use – a trend that is expected to continue in the coming years as EVs become ever more popular.

Unfortunately, it seems the only thing keeping EVs from dominating the market right now is their price, which will inevitably decrease. Half the cost of an EV comes from the battery alone, but prices are expected to drop considerably by the end of this decade. Until then, it seems, the only consumers who will be reaping the benefits of owning an EV will be those that are willing to make that initial start-up investment – an investment that is virtually guaranteed to pay off in the long run.