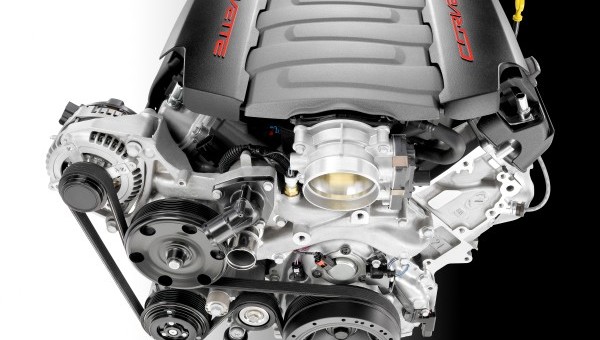 For the first time since 2008, two General Motors powertrains have made their way onto Wards Auto’s annual 10 Best Engines list, the 6.2L LT1 V8 from the 2014 Corvette Stingray and the frugal 2.0L diesel from the Chevrolet Cruze Diesel.

Wards reviewed 44 engines from 16 different automakers for this year’s competition, looking at power, refinement, new technology and fuel efficiency. In order for an engine to qualify for the list, the vehicle it’s in must carry a base price of $60, 000 or less, up from $55,000 in 2012.

It’s hard not to recognize the LT1 as one of the best engines of 2013. The all-new engine received the most significant overhaul in the small block’s nearly 60 year history, helping make the new Stingray be the quickest, most powerful and most fuel efficient standard Corvette ever. Impressive numbers like 460 horsepower, 0-60 in 3.8 seconds and a highway fuel economy of up to 29 mpg make the LT1 an easy pick for the list.

“The arrival of a completely re-engineered Small Block engine family is truly momentous,” says executive editor of WardsAuto World magazine, Tom Murphy. “The critics can say what they want about the relevance of pushrod engines, but how can more than a hundred million buyers of small-block engines since 1955 be wrong? The new Corvette couldn’t exist without this magnificent V8.”

The 2.0 liter turbo diesel in the Chevrolet Cruze earned its spot on Wards list by being whisper quiet and super-efficient, yet still fun to drive. It may only have 151 horsepower, but the oil burner has a heap of torque on tap at 268 lb-ft, which Ward’s says is great for entering highway on ramps. The only demerit came from the engines slight grumble at low speed idle.

“The Chevy Cruze diesel is everything you want it to be: astonishingly efficient, whisper-quiet on the highway and shockingly fun to drive,” says  editor-in-chief of WardsAuto World magazine, Drew Winter.

The awards will be presented on January 15 during a ceremony at the 2014 North American International Auto Show in Detroit.