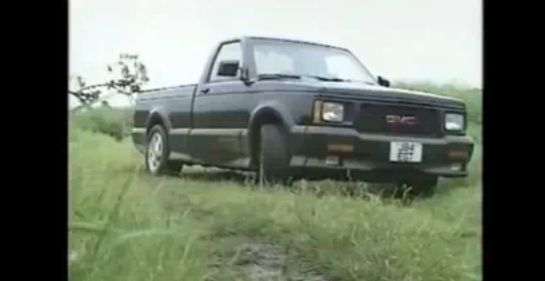 Ah, Top Gear. Not American Top Gear, the real Top Gear. Famous all over the world, the hosts are known for going on wild supercar road trips, racing across countries in jalopies, and providing some of the quirkiest, high-budget, and most entertaining car reviews out there. But if we rewind back to the early 1990’s, before all the fame and ridiculousness, it was once a rather serious motoring show providing car reviews that put facts before entertainment.

One of the more interesting vehicles tested by classic Top Gear was the 1991 GMC Syclone. Surprisingly, host Jeremy Clarkson, not one for being too kind to American cars, actually liked it. It’s not hard to see why, a man who’s known for screaming the word “POOOWEEERR” would have a hard time faulting the Syclone, a 4.3 liter turbo V6 pickup truck, producing 280 horsepower and 350 lb-ft of torque, a lot for the time.

In its day, the Syclone was not only faster than most pickup trucks, but the majority of performance cars as well. In the September 1991 issue of Car and Driver, the Syclone was pitted against a Ferrari 348 TS, where it beat it from 0-60 and in the quarter mile. C&D might have described the Syclone best when they said it was a “truck shaped sports car”.

So what else would the so-called sensible Brits think of the ridiculous, arguably pointless Syclone? Watch below to find out.