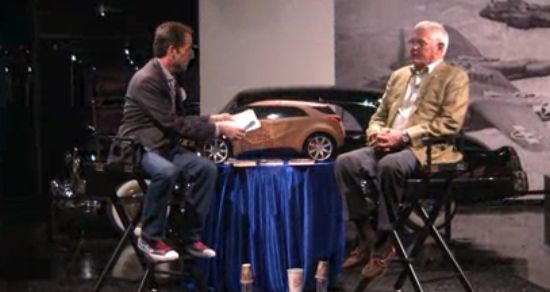 A lot of people were confused when General Motors decided to axe Pontiac. The brand was finally starting to look up after being mismanaged for a number of years. GM had big plans for the brand, such as a next-generation G6 based on the athletic Alpha platform in the works, and even a replacement for the Pontiac GTO. So what happened?

Well, according to what Bob Lutz is confessing, Pontiac was killed under government orders. In the midst of the company’s bankruptcy, the feds wanted GM to trim the fat and get down to two core brands, Cadillac, for high end vehicles and mass market Chevrolet. Lutz argued that they needed to keep Buick due its to relevance in China, and if it were to not exist in America anymore, the Chinese would no longer want them. GM also wanted to keep GMC, as it had an entirely different image with customers who were willing to pay different prices for a GMC in comparison to a Chevrolet, not to mention the brand was profitable. So the feds said okay, keep GMC and Buick, but if you don’t get rid of Pontiac, we won’t bail you out.

So away Pontiac went. During a Q&A at the Petersen Automotive Museum in Los Angeles, Lutz said Pontiac was on its way to having an all rear-wheel drive lineup before being killed off, and the next G6 was going to be based off the Cadillac ATS.

“That was going to be the next G6, and I think we could’ve moved Pontiac away from every other American volume brand and really started positioning it as attractive U.S. alternative to some of the, and obviously at much lower prices than the European rear-wheel drive cars, but the Feds said ‘ how much money have you made on Pontiac in the last 10 years?’ Well, the answer was ‘nothing.’ So, it goes. And when the guy who is handing you the check for 53 billion dollars says I don’t want Pontiac, drop Pontiac or you don’t get the money, it doesn’t take you very long to make up your mind,” he continued. “But I think it is a shame, Pontiac was on its way back, and it was killed before it, before the plant could really sprout blossoms.”

Again, Pontiac made no money. Though it’s a shame that it took up until it was too late for the brand to have what would have been a stalwart lineup.

But the question is; was it really Uncle Sam? Or did GM — with Bob Lutz — inadvertently kill Pontiac by forcing it into irrelevance with re-badges of other GM vehicles? Furthermore, what would that ATS based G6 have looked like?

Buckle up, and watch the full 2-hour interview below. Along with the Pontiac bombshell, we hear a lot about Lutz’s fascinating background, all the way back from when he was a toddler in Switzerland. For some reason, the interview begins around the 23-minute mark: