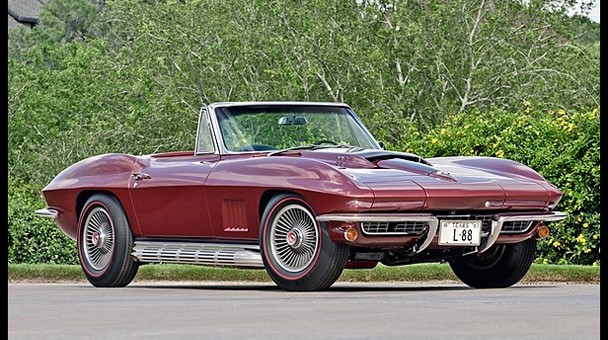 There are several reasons that most of us admire and enjoy so many of The General’s automobiles. In fact there are too many for us to recount, in this article alone. But the Dana Mecum auction held last Wednesday through Saturday might provide some insight into just a few of the things that excite us.

Those readers who are into collecting automobiles or simply owning and caring for one special car have most likely attended, watched, or read about Mecum’s auctions. Mecum and his staff put on the largest collector car auctions in the country, beginning each year in Kissimmee, Florida, in January, and then staging approximately twelve other auctions in other cities throughout the year. Mecum has always been known to broker some of the rarest and most important automobile sales in the world. This past week, he traveled to Dallas, Texas, to host his third annual auction in that city. And not surprisingly, a World Record Price was set for a Corvette at that event.

The hammer fell on an outstanding 1967 L88 Corvette convertible adorned in Marlboro Maroon hue, for an astounding $3.2 million. The car is a multiple award winning Corvette that had undergone a complete restoration from the prestigious Corvette restorers, Nabers Brothers of Houston, and is one of only 20 L88’s produced in 1967. The infamous L88 produced a published 425 horsepower, but that number was over 500 hp in reality, being the ultimate engine GM produced in the 60s and 70s. The number two seller was a very rare 1969 Chevrolet Camaro ZL1, which crossed the block at $530,000. Like the record-breaking Corvette, the Camaro had an L88 427 cubic inch engine and was the only Red on Red ZL1 produced.

But Mecum’s 2013 Dallas auction was about more than setting the World Record Price for a Corvette — demonstrating exactly why GM was and continues to be the car manufacturer of choice to serious enthusiasts, collectors, and racers: eight of the top ten selling cars hammered down during the four days were Chevrolets. In an auction of over 1,400 lot numbers for collector, special interest, classic and sports cars from around the world, Chevrolet carried the event. Mecum put together a fabulous selection of some of the finest Corvettes, Camaros, and Chevelles in the country, and the buyers responded. Though perceptive buyers could grab some “bargains” during Wednesday and Thursday, by Friday the best of the best cars were featured and prices followed suit. A restored second-generation Corvette with a big block engine consistently sold above $100,000; equipped with the 427 cubic inch engine, the closing prices were closer to $200,000. Prices of first, second, and early third generation Corvettes continued their upward spiral begun earlier this year and have outpaced the collector car market in general.

Here’s the list of the top ten selling cars at the 2013 Mecum Auction in Dallas (all numbers in U.S. Dollars):

Now you know just one of the reasons you’re hooked on General Motors products, particularly the Corvette and Camaro. 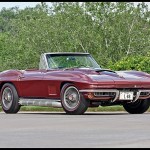 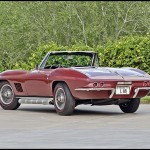 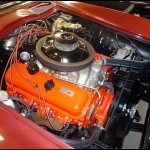 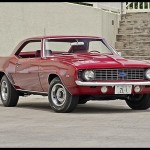