From August 29 until September 1, the roads of Western Netherlands were filled with uniquely American Cadillac sheet metal in observance of the 2013 Grand European Gathering — a coming together of Cadillac enthusiasts from all over Europe. The event was organized by Cadillac Club Netherlands (CCN) and supported by Cadillac Europe plus the local Cadillac importer, resulting in some 110 vintage Cadillacs being present and then driven to various destinations around the country, including the ancient Dutch village of Zaansche Schans and the famous Louwman Museum.

The event saw a wide array of Cadillacs from various time periods, with the oldest being a 1933 V12 five-seat Town Sedan, and the newest being a CTS-V that was purchased before the start of the event.

“All classic Cadillacs performed well and some of the participants travelled up to 2,000 kilometers with their car to be part of the festivities” Said Koen Ongkiehong, President of the CCN.

On the final day of the event on Sunday September 1, a total of 168 Cadillacs gathered for the Big Cadillac Event — the largest gathering of Cadillac vehicles ever in the Netherlands.

Interestingly, there are 13 European Cadillac clubs that work closely to support and attend each other’s events. Every two years, the clubs meet up for the Grand European Gathering. This year, Holland (AKA the Netherlands, AKA where Amsterdam is) was given the honors to host the event, with the next Cadillac Grand European meeting being set to take place in 2015 in Switzerland. 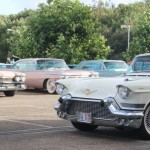 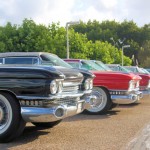 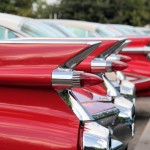 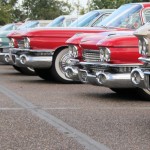 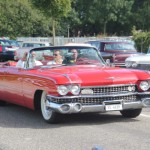 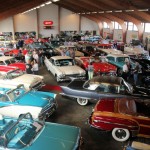