In August, Opel CEO Karl-Thomas Neumann stepped foot into Opel’s heritage garage and decided to go on an excursion through the scenic Rheingau and Taunus regions in Opel’s legendary “KAD” models — Kapitän, Admiral and Diplomat.

Those who remember Opel’s KAD models might also recall that the vehicles served as the brand’s flagships, defining the automotive premium class from 1964 to 1977. The models were known for their luxurious equipment, adept handling, and powerful and gurgling six- and eight-cylinder engines. Even today, the large Opels continue to exude dignity and elegance.

“For me it is always very special and inspiring to drive the models from our Opel Classic collection. That is where we keep the treasures from Opel’s long history, that remind us again and again what a great heritage the brand has and what fantastic cars Opel has built and is again building today,” said the Opel boss enthusiastically, talking about the impeccably maintained classic cars in Rüsselsheim.

The heritage Opel fleet drove through the German back-country with enchanting timber-framed homes and beautiful vineyard valley roads and onto romantic Rhine ferry, with Mr. Neumannn, aka Captain Neumann, demonstrating driving finesse, having already displayed his driving élan at the Old-timer Grand Prix on the Nürburgring with the Rekord C “Black Widow”, a special touring car from the 1960s.

Captain Neumann took the liners from Rüsselsheim to Schloss Westerhaus, the former summer residence of the Opel family, where he was greeted by Countess Ivonne von Schönburg-Glauchau — a descendant of Adam Opel AG founder Adam Opel, and her husband Johannes. The tour continued on its elite course along the north bank of the Rhine, with stops at Schloss Johannesberg and Biebricher Schloss. Finally, the high-class fleet arrived at its home port, docking on the bank of the Main River in Rüsselsheim. There, Captain Neumann admired the body lines of Kapitän and company one last time before heading to the Restaurant Opelvilla to end the day, enjoying the impressions of the passing day. 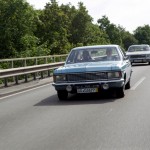 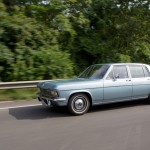 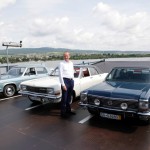 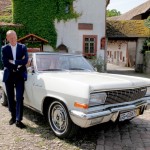 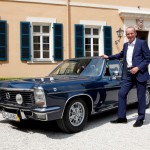 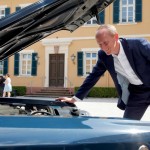 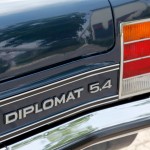 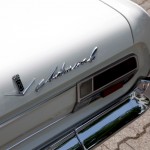