Remember that paperback booklet with words and pictures that usually spends its life unopened in the glove boxes of most cars? They’re called user manuals, and their time is numbered. Most recently, these instruction guides have become available as digital versions — usually in PDF format, allowing users to search the documents for the section they want to explore. But GM’s Opel division has something significantly better in its upcoming augmented reality user manual.

Called myOpel Manual, the upcoming feature of the myOpel app will allow owners to use their smartphones to find out how they can operate and care for their vehicle. All they need to do is download, install, and launch the free myOpel app. After scanning a part of the car using the smartphone camera that they’d like to know more about, the phone will show a yellow circle around the icon or button in question, and the user can simply tap the symbol on the screen to get an immediate explanation and more information.

The Manual section of the myOpel app will also allow users to identify the location of containers and fillers in the engine compartment as well as displaying the relevant section of text from the owner’s manual by scanning the bay with their smartphones.

myOpel Manual for the 2014 Insignia is scheduled to become part of the recently-introduced myOpel app in late fall. It will first launch for Apple iOS devices, followed shortly by a Google Android version. In addition to providing practical functionality such as a parking space finder and electronic accident report, the app also enables dialog between the customer, dealer and manufacturer.

According to Opel, the latest addition to the app is exemplary of the importance the brand places on connectivity and its service to customers.

As far as we’re aware, this is the first example of an automaker taking advantage of augmented reality technology to offer a significantly improved user manual. To note, current versions of GM’s my-branded apps — such as myChevrolet, myBuick, myGMC, and myCadillac — contain brief user manuals, but don’t offer anything like the myOpel app as it relates to augmented reality. We expect this augmented reality functionality to make its way to those apps in due time. In the meantime, good stuff, Opel! 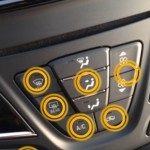 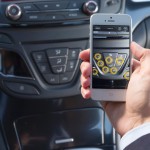 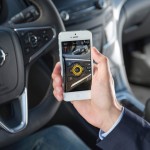 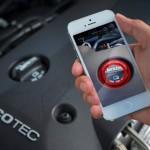 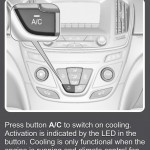