General Motors Australian subsidiary Holden has announced that it has appointed Philip Brook to the position of Executive Director, Vehicle Sales, Service and Marketing. Mr. Brook is currently in charge of Holden sales and marketing, and in his new appointment — which is effective 1 October 2013 — will be taking on the responsibility for Holden Service Parts Operations (HSPO), the Customer Satisfaction and Service Retention Team, along with Holden New Zealand. 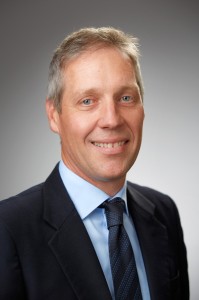 Mr. Brook holds a Bachelor of Science from Monash University and a Masters of Marketing from Melbourne Business School. After a sales and marketing career with Nissan and Honda, he joined Holden in 2004 as a Marketing Manager. After that, Mr. Brook’s career seems to have taken off like a rocket into space: he was appointed Director – Holden Marketing in 2007, where he oversaw the Lion brand’s advertising, marketing, and customer retention strategies. The in 2011, he was appointed Director of Sales, where he was responsible for all sales, network development and distribution initiatives, working very closely with the Holden Dealer Network. Most recently — in late 2012 — Mr. Brook was appointed Executive Director – Sales & Marketing, where he led the national dealer network, introduced the new “Think Holden” brand campaign and successfully launched Holden’s largest ever product portfolio.

“Phil is one of the most experienced executives in the Australian Automotive Industry and I am confident that he will drive Holden to great success in the coming months and years.” said the Holden chief.