It’s no secret that — thanks to the tight integration of the IntelliLink infotainment system with Apple’s Siri Eyes Free voice-controlled personal assistant — the Opel Adam currently carries the title of the most connected car in its class. And General Motors’ European subsidiary is carrying that title proudly by releasing two new special editions of the Adam: the Black Link and White Link — both of which reflect smartphone looks in black or white, thereby embodying “a perfect blend of ultra-modern infotainment and connectivity technology with clear, technically-inspired design.”

Both models start with the respective I’ll be Black or Saturday White Fever exterior colors. They’re then accentuated with contrasts on the rest of the body with brushed aluminum-look colored side mirror housings. Adorned with the Opel logo, the grille also sports the same look. A tinted rear window, 18-inch Twister-design wheels with matching wheel clips, and black or white lacquered standard roof spoiler round out the package. Those unique features are complemented by the characteristically-shaped headlamps with LED daytime running lights and LED tail lights.

Inside, the seats and other trim pieces continue the color scheme from the exterior. The ADAM Black Link features OCIO Black Morrocana seat cushions; the center console and instrument panel are adorned in black, while the door trims, glove box, leather gear knob and handbrake handle are in contrasting bright white and technically-inspired Sky Cool Grey. Meanwhile, the White Link version sports its own color scheme, with the seats being adorned in OCIO White Morrocana, just like elements in the instrument panel and center console.

Both of the special models sport the crisp and well-behaved GM-Opel sport chassis as well as the IntelliLink infotainment with Siri Eyes Free integration as standard equipment. They’ll be produced in a limited quantity of 2,000 units, and will make their debut at the International Motor Show (IAA) in Frankfurt on the Opel stand (D09 in Hall 8) from September 12 – 22. Opel will begin taking orders starting late fall. 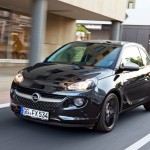 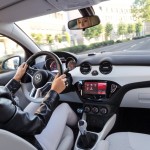 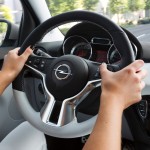 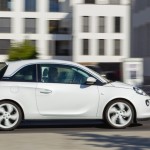 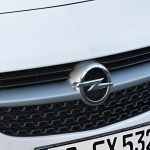