Back in June, Chevrolet Europe launched a digital campaign on YouTube to support the launch of the freshened Captiva crossover. The campaign, known as Chevrolet Captiva Life Test, is made up of short films that capture “the benefits and spirit of the Captiva SUV through unexpected, humorous scenarios”. More importantly, the videos that highlight the Theta-based CUV’s capabilities were created by a select group of highly-popular YouTube users, including DigitalRev TV, “the world’s most popular photography video platform with over 600,000 subscribers”, and Secretos de Chicas, “a young woman from Spain who shares her latest make-up and styling secrets from the front passenger seat of the versatile Chevrolet Captiva.”

“The campaign marks the first-ever automotive OEM branded multi-market content partnership with YouTube content creators”, said Director of Brand and Marketing for Chevrolet Europe, Beate Stumpe. “We are very happy with how it has kicked off and are looking forward to more of those original, inspiring videos to go online in the near future.”

Following the “Firsts” campaign for the launch of the Sonic (Aveo) in the U.S., Chevrolet embarked on a global strategic partnership with Google/YouTube to realize the Captiva Life Test campaign. According to The Bow Tie Brand, the Europe-wide digital launch of a new car in conjunction with YouTube content creators is a first in the OEM automotive space. Supporting the campaign are promotional efforts that include Out of Home and above-the-line advertising in select markets. The campaign is the work of Chevy’s two global lead agencies — Commonwealth (Milan) for creative and coordination and Carat (London) for media.

After a month of being launched, the Captiva Life Test has outperformed all targets set by The Bow Tie brand at kick-off, with the first wave of videos delivering over 200 million impressions and attracting over 5 million video views. On YouTube, the Captiva Life Test landing page sports the following description:

We designed the new Chevrolet Captiva to be ready to face anything that life could throw at you. And to prove it, we developed a special testing protocol. The Captiva Life Test puts the Captiva in the hands of YouTube talents and celebrities with only one mission: to test it like no car has ever been tested before.

Feel free to watch all six of the unique videos below. Some of them are, indeed, quite entertaining.

The Chevrolet Captiva becomes the stage of the craziest indoor, moving micro-ping pong competition of all time., hosting a ping pong world championship:

YouTube Masters of Fun, Woki Toki, want to see how the new Chevrolet Captiva would do challenging a mad frisbee dog at its own game. Here’s how it all plays out:

Girls putting on make-up in a car for a last-minute date, in the passenger seat of a speeding car, and in busy city traffic or in offroad terrain. This should be fun:

This one shows you “how to look amazing even when you’re in a real hurry”:

After the trial of the Snowless Snowboarding, Digital Rev turns to what they do best: time for some night photo shoots, powered by the new Chevrolet Captiva. The roofs of Paris have never looked so impressive and Captiva’s comfortable rear suddenly turns into an improvised luxury suite. 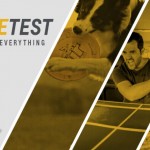 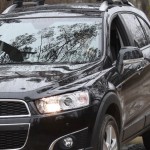 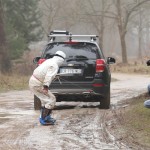 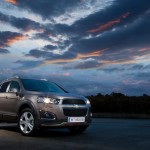 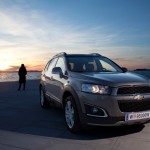 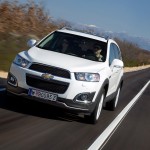