Thursday, August 22nd will go down in history as the day that the refreshed 2014 Opel Insignia started series production, with the first model intended for sale to consumers having rolled off the assembly line at the GM-Opel Rüsselsheim plant in Germany. The first 2014 Insignia to be built was an emerald Insignia Tourer with the 2.0 liter BiTurbo CDTI engine with 195 horsepower and 295 lb-ft of torque.

“This is a moment that we have all been looking forward to, as the new edition of our flagship that we are officially presenting at the IAA in September is the next important milestone in our model offensive,” said Opel CEO Dr. Karl-Thomas Neumann. The chief executive also reflected on the team’s outstanding work by adding, “They put everything they have into this – all their know-how, all their experience and all their passion.”

The 2014 Insignia follows the success of the original Insignia that first went into production in 2008, and of which roughly 600,000 have been built to date. One year after its introduction, the Epsilon II-based Opel flagship was being praised by European automotive media left and right, receiving the “Car of the Year” award, and many other accolades. The Insignia also came out on top for the second consecutive year with the fewest errors in the 2012 DEKRA Used Car Report, thereby achieving the best results in the midsize class. In addition, the 2013 GTÜ Used Car Report listed the Insignia as the best-quality car in the midsize class among one-to-three-year-old cars, but also among in four-to-five-year-old models.

For 2014, the entire Insignia model portfolio is getting a refresh, including the four-door sedan, five-door hatchback, five-door wagon Sports Tourer, and the high-performance OPC line. Updates include:

In addition to the improvements, the Insignia range is expanding with the addition of the Country Tourer model, which features all-wheel drive, higher ground clearance, and SUV character. Like all Insignia variants, the Country Tourer is exclusively built at the Rüsselsheim plant. 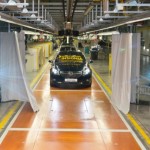 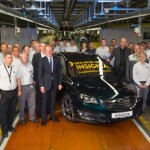 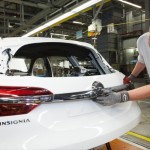 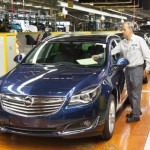 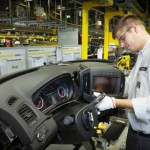 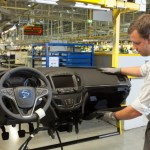