General Motors and its joint venture partners sold 221,580 vehicles in China during the month of July 2013 — setting a new July sales record and marking the first time that July sales topped 200,000 units. The results represent an 11.1 percent increase from July of 2012, which itself set a July record. 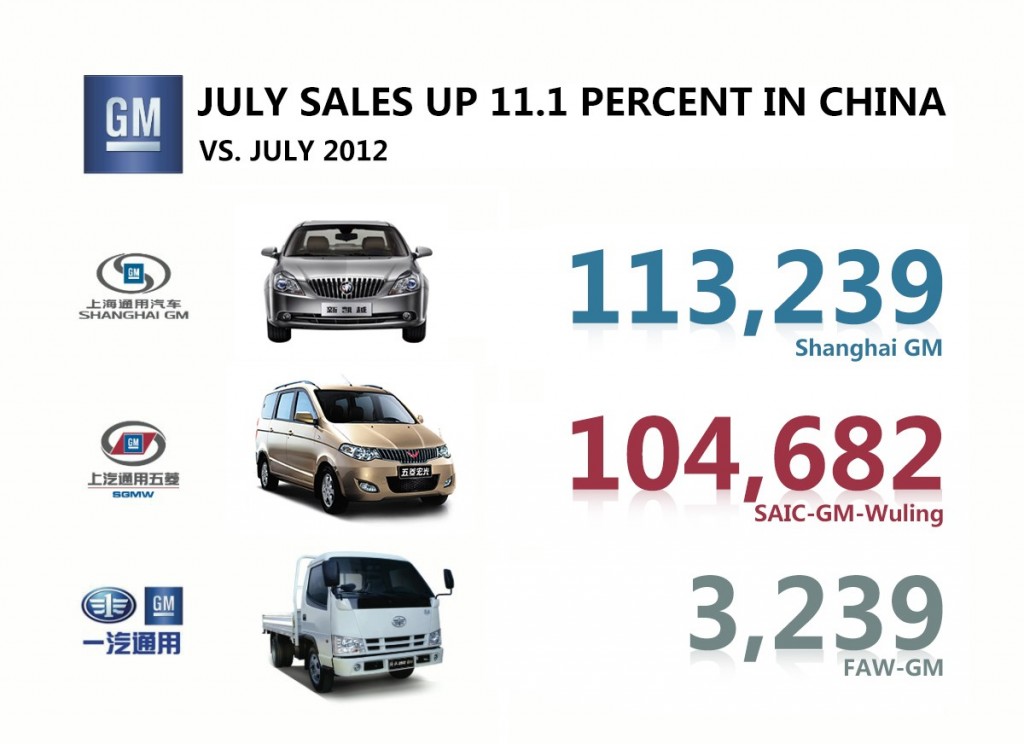 Sales of the Chevrolet brand dropped 3.4 percent year-over-year to 43,343 units in July. The Cruze remained the most popular Chevrolet model with 16,857 sales, while the Sail came in second at 12,800. Sales of the Malibu, according to GM China, increase over 400 percent to 8,662 units.

Sales of the Cadillac brand increased a whopping 82.8 percent year-over-year to 3,688 units. The SRX remained the most popular Cadillac model with 2,251 sales, followed by the XTS at 1,420 sales.