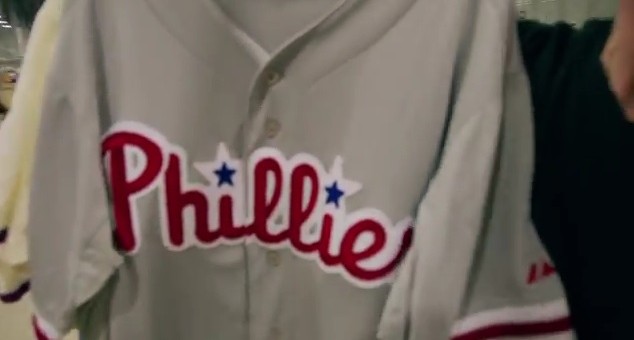 Part of Chevy’s MLB-focused Discover The Craft series of short videos, this clip tells the story of the MLB uniform. Sure, playing pro baseball changes an athlete’s life, for better or for worse. But it also changes his wardrobe. So, each and every year, seamstresses and tailors from Majestic Athletics take the measurements of every Major League Baseball player in the U.S., and go off to make the the uniforms.

But unlike a regular fitting, these players can request customized pieces and alterations down to 1/8th of an inch in specification. In fact, the uniforms are personalized to such a degree, that exact replications aren’t available for public purchase. Hence, the official jerseys are available to the public, but the actual uniforms worn by the pros are fitted to the exact specifications made just for them.

The video begins with a brief introduction of the 2014 Chevy Impala, and that the vehicle celebrates its own craft, as well as that of baseball as a game. So, here’s the story of an MLB uniform, as made for the Philadelphia Phillies, and the people behind it:

With available French stitching, leather appointments, and wood-burnished side panels, the all-new 2014 Chevrolet Impala is an homage to craft in all forms.

This is the story of a uniform. One that starts before fabric ever touches skin, or buttons are buttoned. Before the grass and dirt stains take hold. It’s a famous jersey, before fame. A piece of cloth with zero home runs, and no stolen bases.

It all rests on the first cut. And the last stitch. This is a well-crafted promise, a name that’s soon to be chanted. But right now, its destiny is undefined. It’s just a random number, branded with authority. And before it’s well-worn, before it’s well-loved, before anyone cheers, it’s here.

“So what do you do?”, asks a female voice of a Majestic Athletics employee.

“I make the official uniform of Major League Baseball”, she replies.