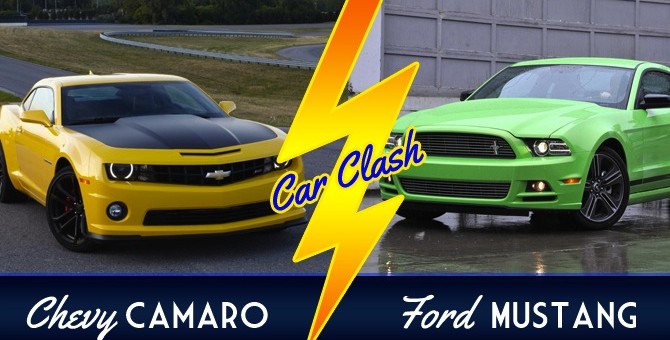 It seems like an uphill battle for automakers. As technology improves, cars drop weight all over the place, in the name of efficiency and performance. But some of that becomes negated, because safety and luxury improvements aren’t exactly lightweight, either.

Regardless, Ford is reportedly putting their iconic Mustang on a diet with the next-generation model. We think this has something to do with the blue oval wanting the Mustang to be seen as a true global performance car, instead of a redneck racecar. According to Edmunds sources, the goal for the 2015 model year (and complete overhaul) is 400 pounds, which would mean as light as roughly 3,100 pounds for the next-generation model. We can be sure that this will make for a tougher competition for our friends at Chevy, who also have a new Camaro coming by what’s expected to be the 2016 model year.

As always, GM has a plan. The big, meaty Zeta platform (currently shared between the Camaro and Holden Commodore) is on its way out. It’s done well for those folks interested in RWD, but a replacement is already here, and is expected to encompass the Camaro program – the Alpha platform. Our friend the Alpha has already proven its worth in the Cadillac ATS, and the soon-to-be 2014 CTS. It’s far lighter and more compatible overall than Zeta, while offering a stiff, yet compliant ride. It will help shed some weight, and the Camaro will probably downsize from its full-sized proportions, as well.

As a reference, the lightest ATS weighs in at just over 3,300 pounds, the lightest in its segment. However, we anticipate the next Camaro to be lighter than that, as it’s not expected to have all the luxuries (read: dead weight) of the Caddy. Sounds like it’s going to be close. Though how do you feel GM should “add lightness” to the upcoming Camaro? Let us know in the comments.