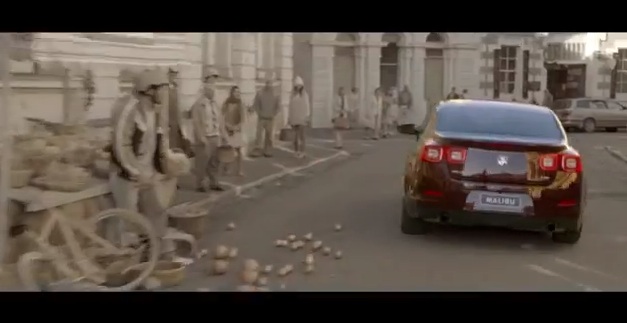 What if you lived in Beigeville, where everything was, well, beige and rather unexciting? Well, GM’s Australian arm Holden suggests the new Malibu midsize sedan to escape the beige in an intrepid, bold, and courageous fashion, as per this commercial:

The song featured in the ad is called Just A Little Bit by Kids Of 88.

The spot’s concept is rather interesting, as it slightly brings back memories of of Lois Lowry’s novel The Giver. However, it’s interesting to note that the Holden Malibu (sold as the Chevrolet Malibu elsewhere around the world), along with other vehicles from competing manufacturers in the front-wheel-drive midsize segment, is widely considered “Beigeville” by automotive enthusiasts at large when compared to other vehicles such as Holden’s own Commodore range.

But to note that, perhaps, is to miss the point of this spot — as Holden seems to be differentiating the Malibu from other rivals in the segment such as the Ford Fusion/Mondeo, Mazda 6, Toyota Camry, and Honda Accord, among others.