According to German publication Auto Bild, a concept of the Opel-Vauxhall Monza Coupe will debut at the Frankfurt Motor Show in September. The vehicle, according to the German publication, will be based on GM’s Alpha rear-wheel-drive architecture shared with the Cadillac ATS, 2014 CTS, and 2015 Camaro, succeeding the Opel Monza as a midsize/full-size coupe in the lineup, which was last produced in 1986.

The renderings seen here (alas, they’re just renderings) were created by Andrei Avarvarii for the German publication, and show an evolution of the current Opel/Vauxhall design language — one that has been and will continue to merge with that of the Buick brand. The design of the vehicle in the renderings features an athletic stance, slimmed headlamps, oversized air intakes, and a large grille with the Opel logo placed on a chrome bar with upturned winglets at the edges. According to Auto Bild, the Frankfurt-bound concept will feature a host of lightweight materials and a high-tech interior.

If approved for production, the vehicle could commence manufacturing in 2016, and will almost certain have a Buick equivalent (Riviera?) for the Chinese and North American markets. As such, the Monza will likely continue driving the Opel and Vauxhall brands upmarket, with the car calling the likes of the BMW 4 Series (the coupe variant of the 3 Series) and Audi A5 (coupe variant of the A4) as rivals. 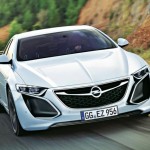 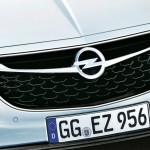 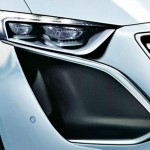