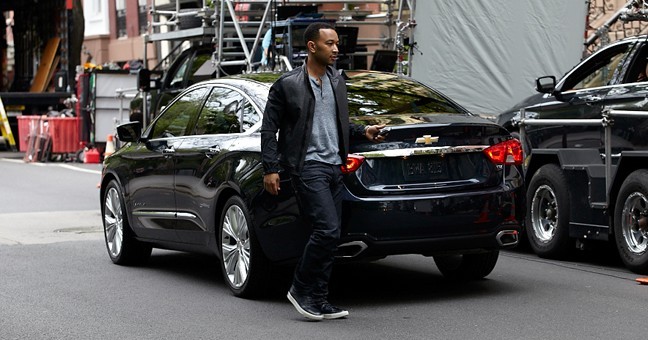 Having featured music from such artists as fun., Theophilus London, Frank Sinatra, Patty Griffin and OK Go in its national TV commercials, Chevrolet seems to be on a quest to feature real music from real artists in its ads, sometimes even showing the artists in the ads themselves. John Legend recently became the latest benefactor of the brand’s seeming musical passion, with the launch commercial for the all-new 2014 Chevy Impala. The 60-second spot was created by Spike Lee’s ad agency Spike DDB and features Legend’s new Kanye West-produced single Made To Love, released digitally last month.

In a May interview with Billboard, Legend reflected on what his partnership with Chevrolet means to him. “Growing up in a family of autoworkers in the Midwest, I’m very sensitive to the fact that we want to support great American manufacturers that are making our cars,” says Legend, whose father built trucks for General Motors in Dayton, Ohio. “I thought it was an exciting thing to support this classic brand being reinvigorated. The car’s beautiful and I’m excited to represent it.”

Chevy’s ad featuring Legend and his song has been airing on broadcast TV and in movie theaters in the top 30 markets in the United States since June 28th, while extra behind-the-scenes footage will arrive to social networks. Print and radio ads will roll out later in the summer.

“This new spot not only helps us launch the Impala but John’s new song, and that tie-in is really exciting for us,” says VP of Chevrolet marketing Chris Perry. “The Impala driver is comfortable in his own skin, appreciates style and knows what he likes, he’s very confident. And all those attributes match very well with John Legend.”

Legend’s fourth studio album, entitled Love in the Future, will be released September 3rd and follows the 2008 Evolver, with Legend, Kanye West, and Dave Tozer as producers. Hit-Boy, Malay, 88 Keys, Da Internz and DJ Camper are among the list of featured artists, with guest vocals from Rick Ross (on the single Who Do We Think We Are), Stacy Barthe and Kimbra (on Made To Love).