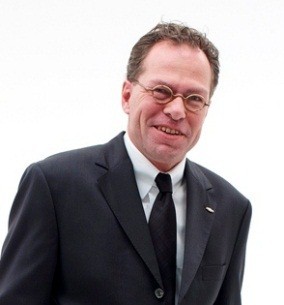 Martin Apfel, president of General Motors South East Asia Operations, GM Thailand and Chevrolet Sales Thailand, has elected to leave General Motors to pursue other interests. A permanent replacement will be announced at a later date, while Jim DeLuca, GM International Operations vice president of Manufacturing, will oversee Operations in ASEAN on an interim basis. DeLuca will be supported by Mark Barnes, GM International Operations vice president of Sales, Marketing and Aftersales and chief country operations officer of Africa and Australia, who will oversee Sales and Marketing in ASEAN.

Apfel’s leave will be made official July 31. He will work with GM’s regional team to ensure a smooth transition.

“I would like to thank Martin for his service to GM,” said GM Vice President, Global Manufacturing, and President, International Operations, Tim Lee. “Under his leadership, GM has achieved record sales in ASEAN. We have expanded our manufacturing and sales presence, putting GM in a position for continued growth in this important region. In addition, we have entered new markets such as Cambodia, Laos and Myanmar, while reopening our Bekasi plant in Indonesia.”

Apfel was a seasoned GM veteran, beginning his career as an analyst with Adam Opel AG in 1989. He subsequently held several positions in human resources, labor relations, manufacturing and general management, including managing director of Opel Portugal SA, president of Opel Eisenach GmbH, director of Opel’s Bochum plants, and GM executive director of Global Manufacturing Strategy and Planning. He has been in his present position since March 2, 2010.

“I appreciate the opportunity to have worked at GM for nearly a quarter century,” said Apfel. “I leave confident that GM is poised to continue its growth in ASEAN and around the world.”