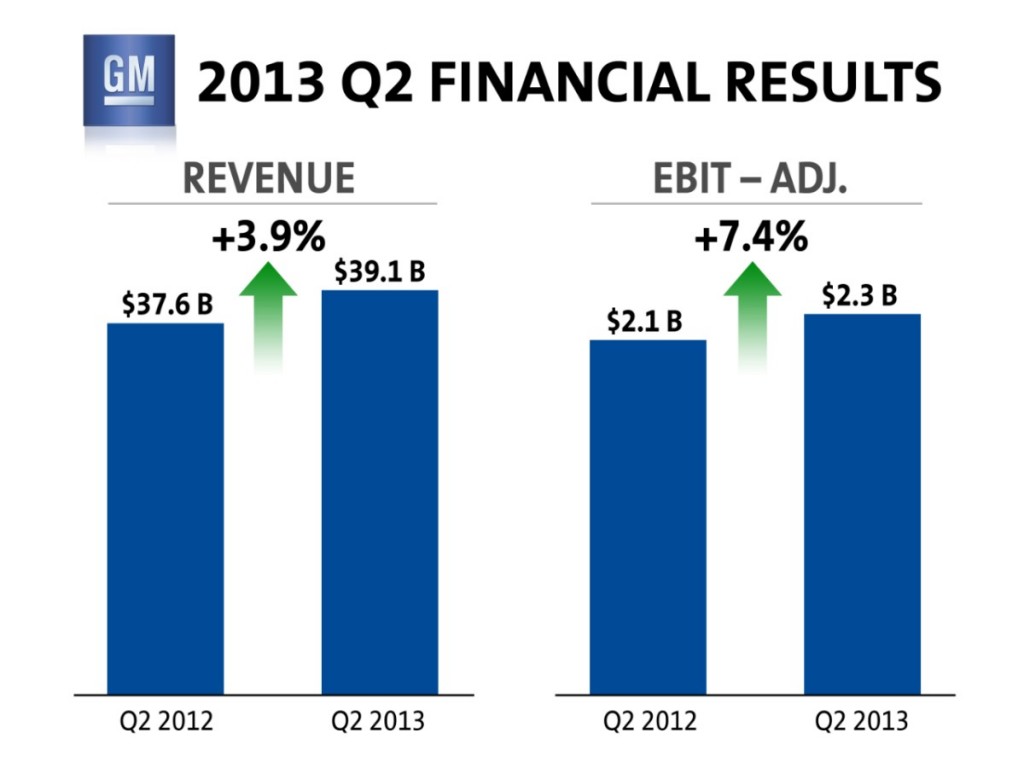 Furthermore, earnings before interest and tax (EBIT) adjusted was $2.3 billion, compared to $2.1 billion in the second quarter of 2012 — an increase of $200 million year-over-year.

“We continue to perform well in the world’s two most important markets, the U.S. and China,” said Dan Akerson, GM chairman and CEO. “We also made further progress in our European business and saw the steady performance of our global brands Chevrolet and Cadillac. For the rest of the year, we’ll focus on winning customers with high-quality vehicles at a compelling value.”

“Our results in this quarter were clearly pegged to winning vehicles like the Cadillac ATS, Chevrolet Impala and Opel Mokka,” said Dan Ammann, GM executive vice president and CFO. ” We will continue to address our business challenges head-on, execute flawless launches of our future products and most importantly, satisfy our customers.”