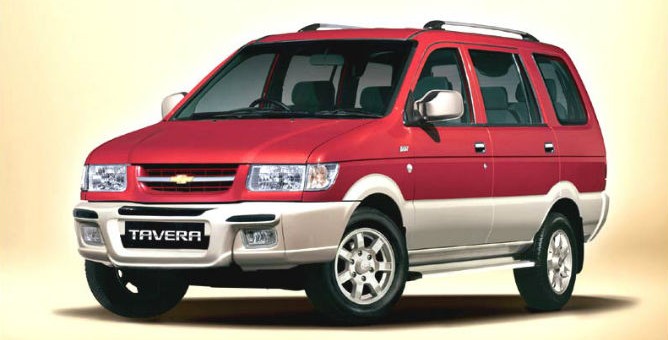 Following an internal investigation surrounding violations of company policy, General Motors has dismissed about ten employees across the United States and India, including its head of global engine development Sam Winegarden. According to reports, employees swapped low-emissions engines into the Tavera SUV to pass Indian emissions regulations, actions that led to the stoppage of production and subsequent recall of 114,000 Tavera sport-utility vehicles.

“We take these matters very seriously and hold our leaders and employees to high standards”, said GM spokesman Greg Martin in an e-mailed statement on Friday. “When those standards are not met, we will take the appropriate action to hold employees accountable.”

One of the largest in the country, GM’s recall is its first in India since 1995.

Here’s how this situation appears to have unfolded: on July 18, a General Motors letter informed the Indian government that an internal investigation discovered that employees have manipulated emissions tests for the  Indian-built and sold Tavera over the past eight years to comply with requirements. Then on Wednesday July 24th, General Motors recalled 114,000 Tavera SUVs in India — ranging from the 2005 through the 2013 model year. The automaker said that the recall was to “address emissions and specification issues”, adding that it was “not safety-related”. The exclusive-to-India vehicles were powered by 2.0 liter and 2.5 liter engines.

“Over a period of time some employees of the company engaged in the practice of identifying engines with lower emission which were fine-tuned and kept aside to be used for installation on vehicles during inspection,” according to the Economic Times, which cites GM’s July 18 letter to Indian regulators.

In addition, GM reportedly admitted to the Indian government that its employees had “manipulated” the weight of several models to qualify for less stringent emission requirements.

The situation has resulted in the Indian government opening an investigation into GM India as well as the government’s own internal systems to see if there were systemic errors, willful negligence, or other wrongdoing, according to joint secretary of India’s Ministry of Heavy Industry Ambuj Sharma. A findings report is expected to be completed sometime in August, with General Motors facing the possibility of financial penalties and a discontinuation of production, according to Mr. Sharma.

For its part, General Motors has set up a committee to investigate the circumstances, and has willfully stopped production of the Tavera on June 4th. The automaker also stated that it has already “identified a solution to the issues, performed the required engineering validation, and is awaiting regulatory approvals”.

Sam Winegarden joined General Motors in 1969 as a co-op student at the Buick Motor Division while attending General Motors Institute, now Kettering University. Having worked through the ranks, he has held executive positions at the automaker since 2004.