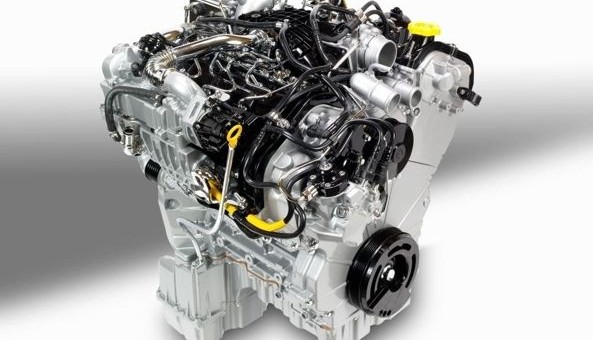 Remember the 4.5L  Duramax? If you’re a GM truck enthusiast, chances are you do, and chances are you have strong feelings about its early demise while still in development. This was mostly due to the fact that the engine was becoming an expensive proposition, and still wasn’t meeting emissions requirements. Another may have been due to the fact that General Motors was developing another diesel engine that could have been used in its trucks and SUV models; a 3.0L V6.

But not just any 3.0L diesel V6. It’s the very 3.0L V6 Chrysler-Fiat is utilizing in vehicles like the Jeep Grand Cherokee and Ram 1500 pickup truck.

It started back when General Motors purchased 50 percent of Italian engine maker VM Motori in July 2007. Not long after came the announcement that GM and VM Motori were collaborating on a 2.9-liter turbodiesel V6 engine for the European version of the Cadillac CTS, which was to be launched in 2009. As many will not soon forget, GM declared bankruptcy that summer, derailing the plans for a diesel CTS in Europe, among other things. Meanwhile, VM continued developing the engine, but it was never used in a GM vehicle. Sadly.

Fast forward to February 2011, where Fiat bought 50 percent of VM Motori. Lo and behold, there was a certain new V6 diesel engine ready for applications. According to Automotive News, there were some design changes from the original, but Chysler-Fiat will have the chance to use GM’s own hardware against them, labeled as the EcoDiesel V6.

While GM has not announced plans for a diesel for its light-duty trucks or SUVs, VM Motori is free to sell it to other customers, and the company may put the appealing engine to use. And the 2014 Chevrolet Silverado and GMC Sierra have a peculiar sticker under their hoods hinting that there’s a diesel engine in the cards down the road.