Think quick: what could be described as the best thing to happen to Corvette enthusiasts since the inception of the Corvette itself? If your answer was (even remotely close to) the Motorsports Park currently being built by the National Corvette Museum (NCM), then you might want to consider becoming a contestant on a jeopardy-style game show. If it wasn’t, no big deal — you can still continue reading about the progress of the new road course.

Recently, NCM Motorsports Park Project Manager Roc Linkov provided a few updates about the progress of the 4-mile-long track, which will be located adjacent to the National Corvette Museum and GM’s Corvette plant in Bowling Green, Kentucky.

The official groundbreaking will take place at 9:30 am on Friday, June 28th, 2013 — coinciding with the Museum’s 60th Anniversary Corvette Celebration, and everyone is welcome to attend. And for those who can’t wait to take their Corvettes out on the track, the grand opening of the Motorsports Park is planned for the 2014 Labor Day weekend (August 29 – September 1), with Labor Day itself falling on September 1. The grand opening will be celebrated in conjunction with the Museum’s 20th Anniversary and the 5th National Corvette Caravan.

The big plan for the Motorsports park contains two phases: Phase 1, which has been committed to on the 184 acre slice of land, and Phase 2, which is located on 221 acres of adjacent land and has not been committed to at the time of this writing. The potential development of Phase II will depend on the success of Phase I, additional fundraising efforts, and a demonstrated need for the additional development.

Some recent pictures of pre-construction preparation for Phase 1, including clearing the land: 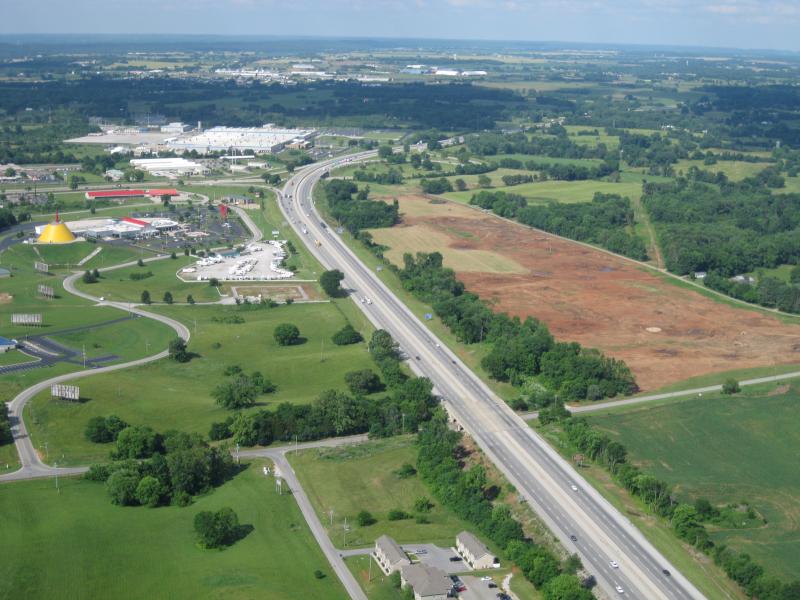 Looking north on I-65: Corvette Museum on the left, Motorsports Park on the right, Corvette Plant in background. 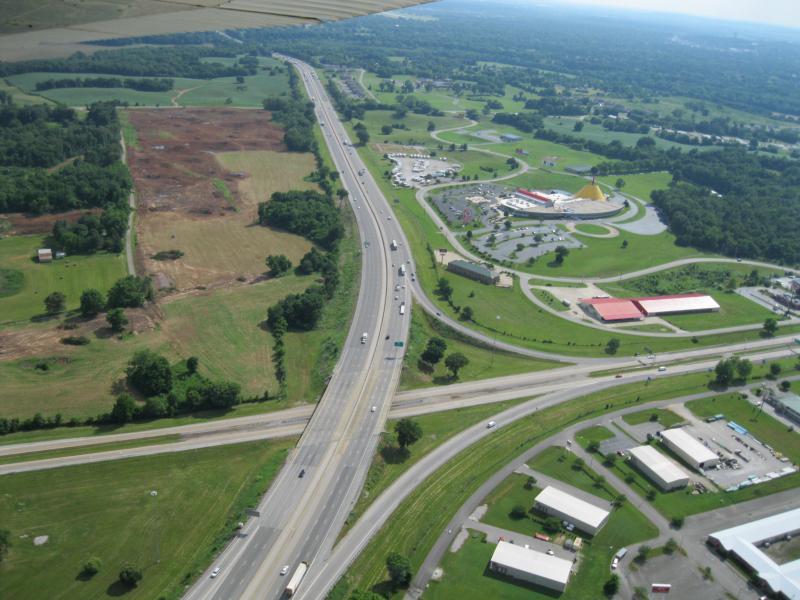 Looking south on I-65: Motorsports Park on the left and NCM on the right. 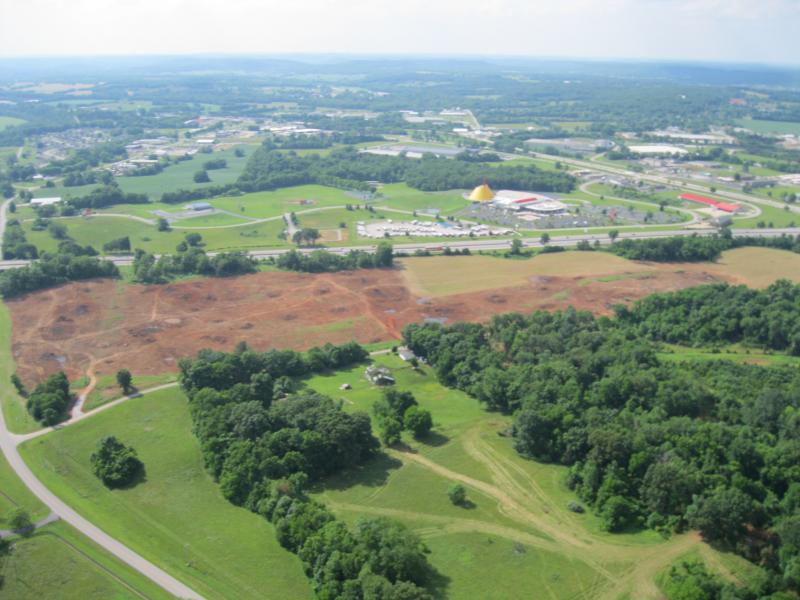 Most of the area for Phase 1 cleared. 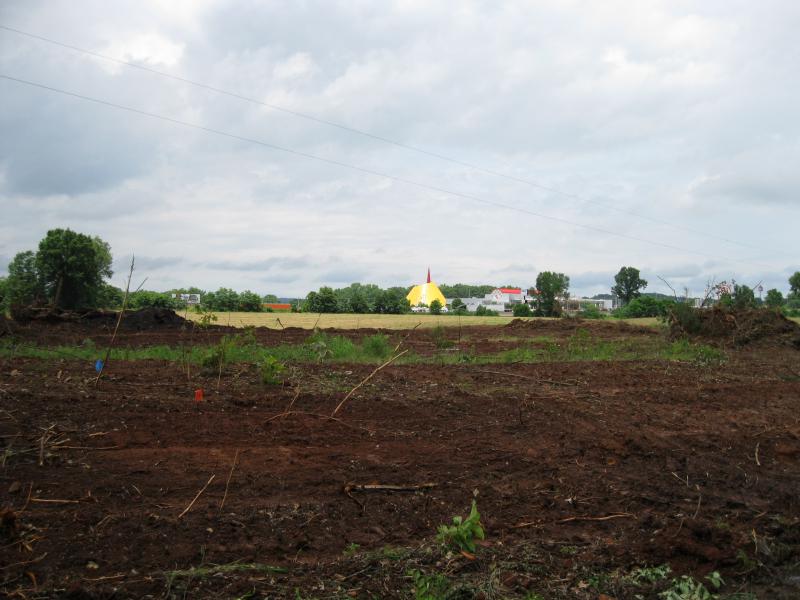 There are approximately 4 miles of track and 50′ worth of elevation changes, but some of the elevations are described as being quite abrupt.

The four track configurations for Phase I of the NCM Motorsports Park are as follows: 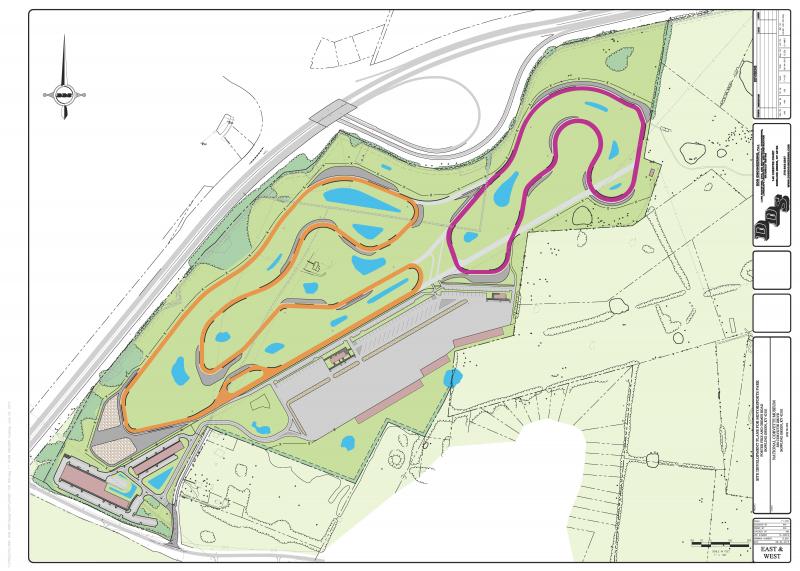 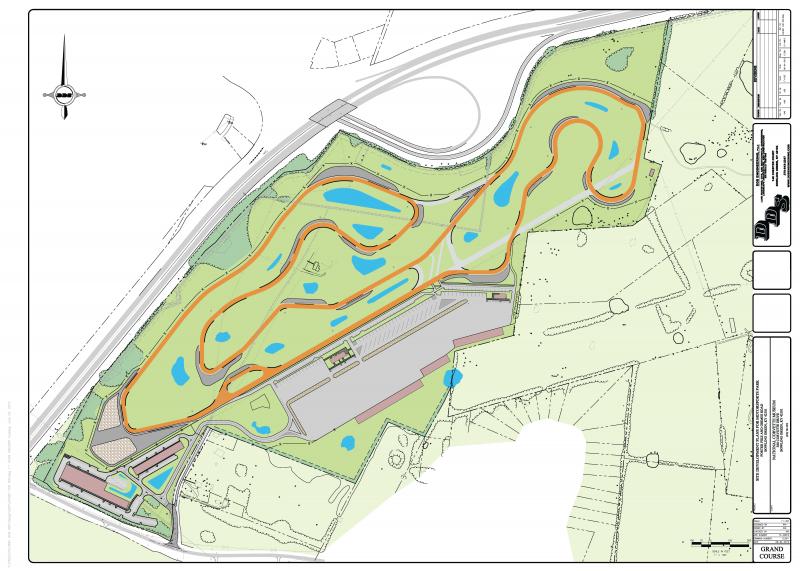 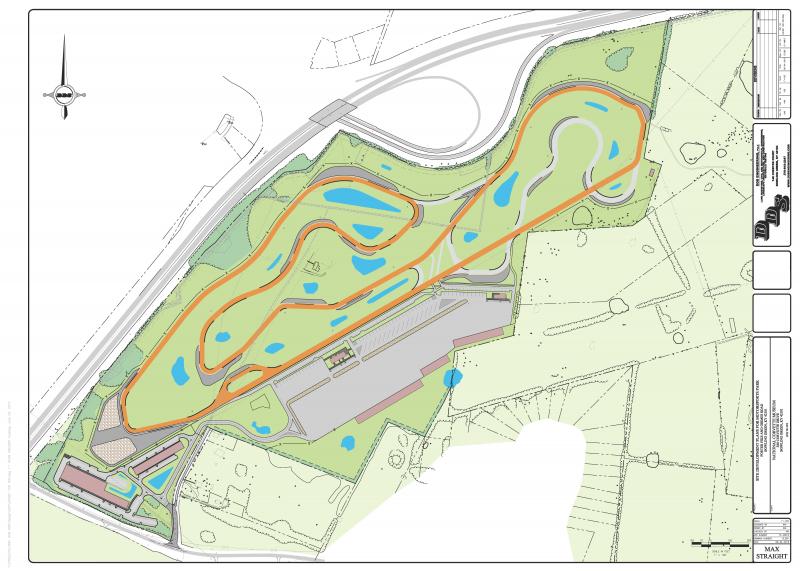 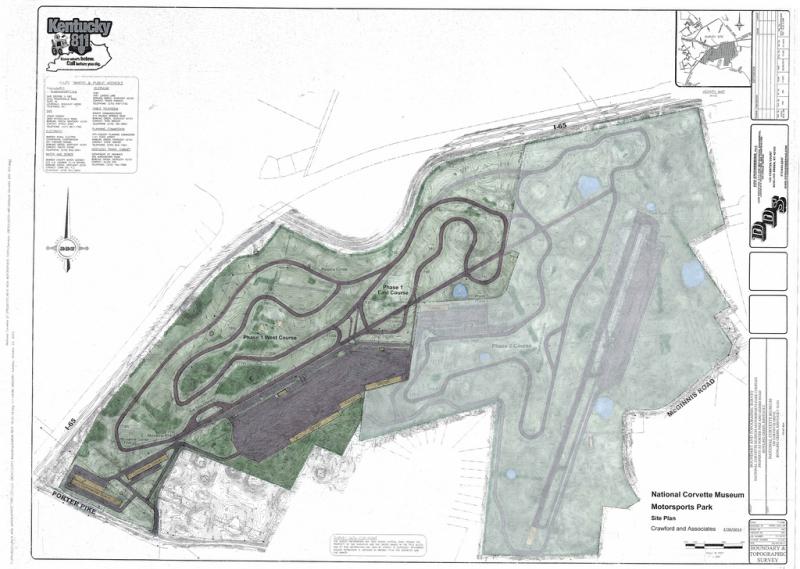 The Master Detailed Development Plan for the NCM Motorsports Park, including Phase I and Phase II (lighter section).

NCM’s Mr. Linkov says that while the fundraising campaign for the Park has been successful, the end result will depend on continuing efforts to solicit donors and corporate sponsors. Those interested can donate to the park on its website here.

The NCM Motorsports Park is now accepting reservations for track rentals for September – December 2014 as well as for the full 2015 calendar year. Early registrants will receive first priority date selections and discounted track rental rates, along with several other “perks” for stepping forward and getting the ball rolling.

The Corvette Museum will use approximately 25 percent of available track time, and the rest of the time will be available for car clubs and track day sponsors.