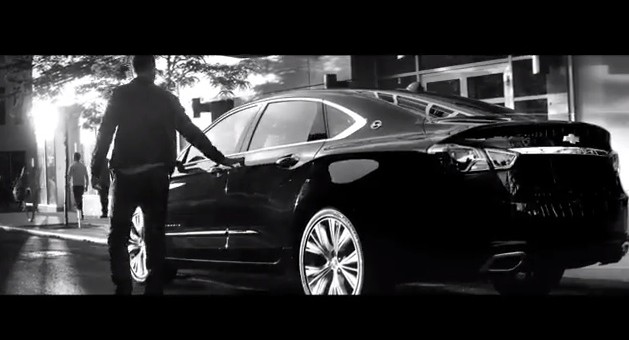 In this new Chevrolet ad for the all-new 2014 Impala, nine-time Grammy Award-winning musician John Legend draws inspiration for his music while driving through the streets of New York City in an Impala, all to the tune of his new song titled Made to Love.

In the ad, Mr. Legend attempts to compose a song, but appearing to have hit a creative wall of sorts, decides to take a drive in his 2014 Chevy Impala. As he is driving, we hear fitting phrases like:

The commercial shows all kinds of beautiful shots of Chevy’s new full-sizer, and then switches to Mr. Legend performing Made to Love at his own concert.

“The all-new 2014 Chevrolet Impala. Made to love”, states the narrator.

The ad will debut during Game 7 of the NBA Finals on ABC on Thursday, June 20th, 2013. It is part of a new campaign for the new Chevy Impala featuring Mr. Legend, developed by Chevy, Spike DBB, and Believe Meida.

With the perfect touch of class, elegancy, and refinement, this ad is a great companion to the original Classic Is Back spot for the 2014 Impala.