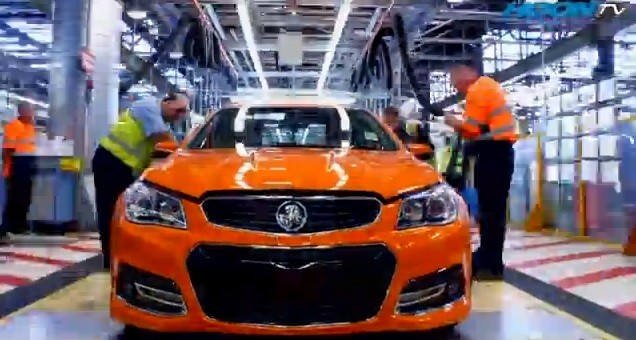 Holden officials have begun negotiations with union representatives at the GM-Holden Elizabeth manufacturing facility in Australia in an effort to keep vehicle production in the country. The development comes in the face of “unprecedented economic challenges”, according to Holden, which is looking for “support from its manufacturing workforce at Elizabeth to help achieve significant annual cost savings.”

Naturally, Holden is asking for a reduction in labor costs and productivity improvements, which require a vote of approval by the workforce.

Ford has already announced the cessation of Australian manufacturing due to high labor costs, a situation Holden is hoping to avoid. Currently, the Elizabeth plant manufactures the Holden VF Commodore and Cruze sedan and hatchback, while the wagon is imported from Korea due to low sales volume.

“The ongoing speculation about the future of the industry affects our employees and their families; they’re doing it tough right now and we appreciate their resilience and commitment.”

“This is about giving Holden employees a direct say in their future. We can’t survive as a local manufacturer if we’re not competitive and we don’t reduce our costs.”

“All options for improving productivity are on the table. We will work closely with the unions and our people to develop a fair and reasonable proposal in line with other local manufacturers across all industries.”

Over the course of the last two years, Holden has made several changes across its business to reduce costs and better position itself in the market.

“Every person in this company is doing everything they can to secure Holden’s future as a local manufacturer,” said Mr. Devereux.

“We’ve re-rated the production line at Elizabeth and made significant investments in our locally-made vehicles like the new VF Commodore, which is the most advanced car ever created in Australia.

“Holden is aggressively pricing and marketing its cars to compete against imports which benefit from the high Australian dollar and the country’s internationally low tariff levels.

“Holden has to be globally competitive, and so does the country’s industry policy. As a local manufacturer Holden is asking for a fair go – Australia must be able to compete fairly on the world stage.

“We need clear, consistent and competitive government policy to help secure a long-term future for manufacturing.”

Holden says that details of the discussions with unions and employees will remain confidential until the Holden workforce vote.