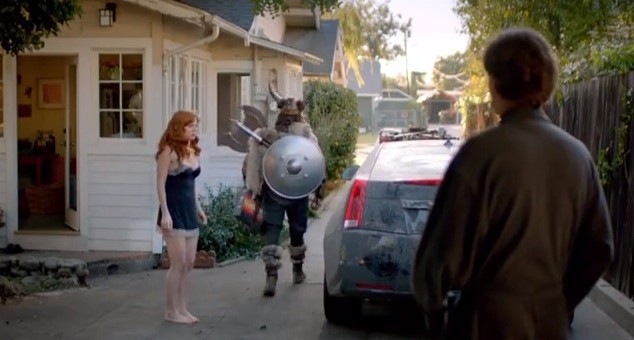 Imagine if you disovered a Viking rummaging through the contents of your garage. But instead of finding your car in there, he’d find an unopened ArmorAll gift pack.

“You better have a good reason for being in my garage, pal”, you’d say as you, your bat, and your raging hormones approached the scouring Viking.

“Where did you get this”, the Viking would ask — pointing to the gift pack.

“My brother-in-law gave it to me”, you’d reply.

“I figured as much”, the Viking would retort, walking past you, gift pack in hand. He’d approach your filthy Cadillac CTS Coupe, which was probably washed last spring. He’d run his fingers on the rear quarter panel, assessing the thickness of dust on the car’s surface. “You don’t deserve this”, he’d say (pointing to the ArmorAll gift pack), “…or that” (referring to the Caddy).

In the end, the Viking tows your CTS, and your girlfriend — entirely susceptible to the Viking’s charm — dumps you and takes off with him.

The moral of the story, according to the ad, is this:

A car is a privilege… respect it.

Even though it’s not an ad for a GM product, it does feature a Caddy. But more importantly, the spot is powerful, amusing, and entirely correct: a car is, indeed, a privilege that deserves to be respected.