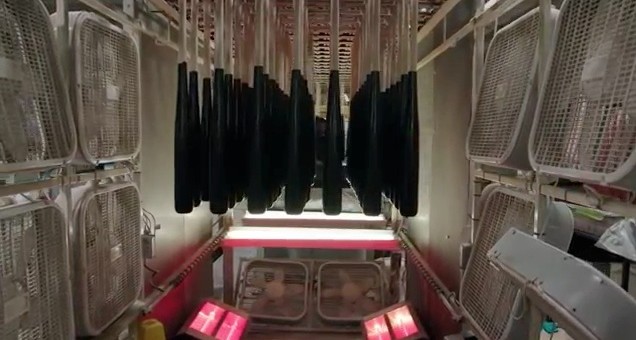 In this Discover The Craft webisode, Chevrolet gives us a behind-the-scenes look at how Louisville Slugger Baseball Bats are made. The two-minute-long video, which is obviously way too long for a TV commercial but perfect for the web, starts off with the following narration:

“Here’s to finely-sculpted body panels, polished chrome, and dramatic lines. Here’s to the all-new 2014 Chevrolet Impala, and everyone who believes in the power of craft.”

The spot then takes us on a story of the bat, and the power housed within it. You see, every Major League Baseball player has a bat tailor-made for him. Each year, Louisville Slugger representatives take notes and measurements from hitters. Using this information, they create a one-of-a-kind template that ends up being used to supply players with bats throughout the entire season.

These templates are also used to create bats for fans and non-professional players, allowing anyone to stand in the box with the bat of your favorite pro.

One day, the spot continues, the bats will introduce ball to sky, and crowds will leap to their feet. It’s just waiting for the perfect pitch, or a promising rookie.

The bat was made to make history. It will earn its place by the tightness of its grain, or the strength of its cut. The wood in these bats was crafted for a higher purpose.

A female voice asks the question, “So what do you do”?

Here’s to finely-sculpted body panels, to polished chrome, and dramatic lines. Here’s to the all-new 2014 Chevrolet Impala, and everyone who believes in the power of craft.

This is the story of a bat and the power housed within it. One day, this wood will introduce ball to sky, and crowds will leap to their feet. It’s just waiting for the perfect pitch. Or a promising rookie. This was made to make history. And it will earn its place by the tightness of its grain, or the strength of its cut. This wood is crafted for a higher purpose, elevated by the hands that shape it.

Yet somehow, it’s never far from the roots of a white ash forest.

This is a very interesting approach, as it draws parallels between a little-known and low-profile craft of making baseball bats, with making a quality vehicle such as the new Chevy Impala, while respecting the craft that results in the creation of both objects.

If the spot is anything, it’s interesting and engrossing, maybe even captivating. And it seems that Chevy’s goal here it to speak to a certain kind of an audience, one that’s into baseball in general, as it takes you back behind the scenes to experience the story of a bat and its craftsmen, and one that respects the finer things in life. And in that regard, we commend Chevy for thinking out of the box.