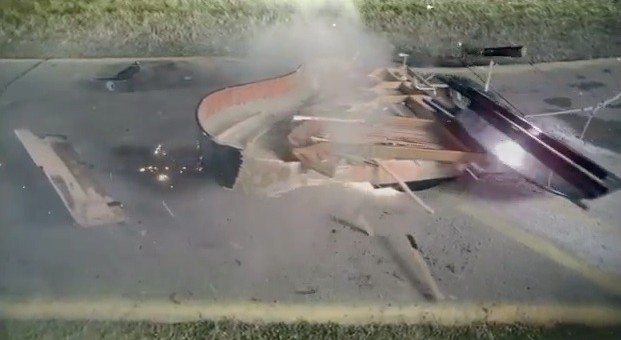 The following comes to us from A.R.O:

The armchair critics simply don’t get the Cadillac Luxperiments campaign, or what Cadillac is trying to achieve with it. So stop your erroneous babble for a few short minutes and listen up.

I am a Cadillac fan and read GM Authority religiously. I also happen to be a professional marketer. I don’t work for Cadillac or any ad agency employed by GM; but I do work at a major worldwide marketing firm (let’s leave it at that). All of the users who have something negative (or downright nasty) to say about the Luxperiments videos are misinformed and don’t do marketing for a living… and their criticism and general disapproval of the spots is downright wrong.

First, the videos are not for enthusiasts such as the fine folks who graze the GM Authority pastures. They are for normal buyers who don’t know about rear-wheel-drive, turbocharged vs. naturally aspirated engines, Magnetic Ride Control, Head-Up displays, run-flat tires, a great exhaust note, or world-class vehicle platforms. These buyers represent the substantial majority of car buyers all over the world. Luxperiments are for them.

The Luxperiments campaign addresses both of these elements.

It will solve the first problem by getting car buyers (again, not enthusiasts, but normal people who buy and drive cars) to watch past the 5-second mark because the videos are different. They are captivating to a normal person. By contrast, if enthusiasts bought 100% of the cars in the world, every car ad would have these elements: a twisty road or a track, a mean burnout and an in-your-face exhaust note. That’s what the initial ATS vs. The World campaign was (more or less) all about — and it appealed to the enthusiasts, not the masses who buy the 3 Series in 9,000-units-a-month increments.

Having solved problem #1, Luxperiments solves problem #2 by allowing people to remember the fun and unique ad, and the product featured therein. To reiterate, I am in no way involved with the spots or the companies that created them. But I do know a thing or two about effective marketing; these ads are along the lines of what I would personally do to solve the two above-stated dilemmas and launch a new product such as the Cadillac ATS.

So do this: find someone who is not into cars (might be your parents, a friend, your girlfriend or boyfriend, etc) and make sure they aren’t biased against the “destruction” of pianos, fine dining room sets, or antique clocks. For our little experiment, make sure they thinks of cars as a mode of transportation, and of driving as a chore — what most people consider motoring to be. Then show them a Luxperiments video. Ask them for their feedback. What you will hear will surprise you.

My suggestion (take it or leave it) for the armchair pundits is to understand before criticizing, to learn the science and the art of marketing before speaking, and to think before typing. Because anyone can have a case of verbal diarrhea, but a select few can effectively communicate to the masses.

Thanks for that eye-opening analysis, A.R.O. Having some experience in the marketing field myself, I had a fleeting suspicion that there was more to Luxperiments than initially met the eye — and it appears that there is. Let’s see how the campaign performs going forward.

Watch all of the Luxperiment ads in question here: