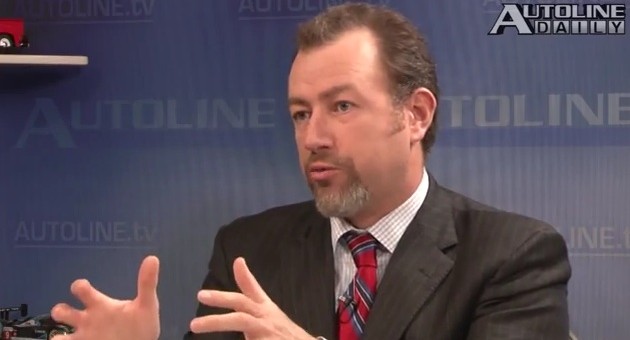 General Motors Chief Financial Officer Dan Ammann recently made a guest appearance on Autoline hosted by John McElroy, and the conversation took a turn for GM’s European division Opel — which has financially been a drag on the automaker for over a decade. So Mr. Ammann wasted no time in presenting specifics outside the Drive Opel 2022 strategy that demonstrate what The General is doing that’s new and different to bring Opel back to profitability. Here’s the recap of the individual items presented by the CFO:

For starters, the management structure of Adam Opel AG is fundamentally different today than it was even a year ago, according to Mr. Ammann. Headed by Chairman of the Opel Supervisory Steve Girsky, Opel has undergone a significant amount of management changes, including recruiting employees from outside the company; some of these new faces have even been hired on from GM’s strongest competitors, including Opel’s recently-appointed chief Karl-Thomas Neumann, who came from Volkswagen.

While nearly every single automaker and brand seems to be undergoing some kind of a product-related renaissance, Opel’s isn’t toying with words. According to Mr. Ammann, even independent experts agree that its product is in really great shape.

One of the areas that GM-Opel still need to improve is the sales and distribution network, especially in Germany. According to Mr. Ammann, Opel needs to be more successful there, even though it has “made up some ground” in its home nation.

Outside of specific areas of improvement and change, Mr. Ammann pointed out that GM-Opel is taking bold steps towards recovery — some of which have never been taken. For instance, the closing the Bochum assembly plant in Germany is the first time a plant has been closed in the country since World War II. In other words, instead of simply talking about taking action, GM is strategizing — and then getting the job done.

But despite the very best efforts to bring Opel back into the black, Europe remains a very challenging competitive environment — not just for GM-Opel, but for all players involved. Opportunely, the competition, according to Mr. Ammann, isn’t having any greater success from a profitability standpoint than GM-Opel. Overall, however, The General’s chief financial officer believes that progress will be achieved and the automaker will return to profitability in Europe.

When asked about when this might happen, Mr. Amman replied, “we’re not betting on a turnaround any time soon”.

Notably, General Motors and Opel representatives have officially set 2015 as the intended time frame to break even in the European market.

Here’s the video of the interview (fast forward to the 6:00 minute mark for the part featuring Mr. Ammann):