While all truck-related attention today is on General Motors’ launch of the all-new 2014 Silverado and 2014 Sierra, let’s take a trip down memory lane and pay the 1960s a visit — when GMC, then an individually-functioning division (rather than a brand) of General Motors, debuted the first V6 pickup engine in history, and one of the very first V6 powerplants produced by an American company.

The unique 60-degree six-banger, offered exclusively by GMC through most of the ’60s, started at a displacement of 5 liters and made 220 lb.-ft. of torque and 120 horsepower… compared to the 305 lb.-ft. and 285 horsepower, and undoubtedly much higher fuel economy, produced by the new 4.3 EcoTec3 V6.

GMC’s 1960s-era 5.0 V6 featured aluminum pistons for improved cooling as well as a stout crankshaft and bearings designed for superior durability. The engine was available in various sizes of displacement, including 5.8L (354 cubic inch), 6.6L (403 cubic inch) and 7.8L (476 cubic inch) versions, later spawning a 7.1L (433 cubic inch) variant with enlarged crankshaft journals and a 10.4L (635 cubic inch) 60-degree V8 with twin balance shafts using the same general architecture as the 305. There even was a monstrous 11.5L (702 cubic inch) “Twin Six” V12 which was basically two 5.8s placed end-to-end with a common block and crank. A diesel-burning version was called the ToroFlow.

“The family of V-6 engines introduced in 1960 was designed to last, and I’ve heard of some owners going more than 450,000 miles on the original engine,” said GMC truck historian Donald Meyer. “They had really high torque and pulled loads well. GMC engineers know how to build durable, reliable engines that never quit.” 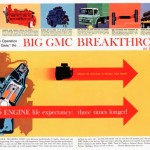 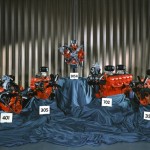 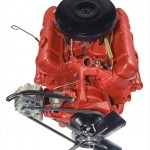 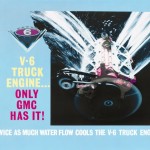 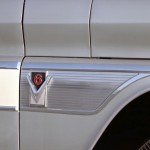