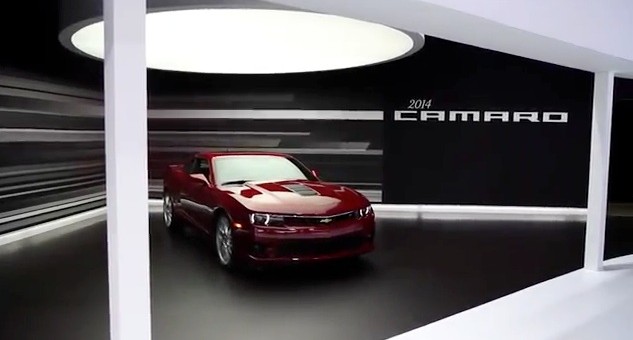 Unless you’ve been living under a rock (or haven’t had access to the world wide web) for the last several weeks, chances are that you’ve already seen the 2014 Chevy Camaro, along with the track-ready Camaro Z/28. And to quench our collectively-insatiable appetites for the Bow Tie brand’s refreshed sports car, Chevrolet Marketing Manager of Performance Cars John Fitzpatrick was kind enough to offer up an exterior tour of the restyled Camaro.

Most of the changes occur on the outside of the car, with designers having two objectives:

All 2014 Camaro trim levels, including LS, LT, SS, and ZL1, will contain a certain level of styling updates; but when it comes to the SS, the exterior changes compared to the 2010-2013 model consist of:

In the back, the 2014 Camaro features new taillamps that combine the previous models’ two lenses into a single lens, while the RS package replaces the standard incandescent lights for LEDs.

Mr. Fitzpatrick says the interior doesn’t offer many changes, but one notable improvement is the newfound availability of (optional) Recaro sports seats in the SS and ZL1 models. In fact, the arrival of the Z/28 track monster is partly responsible for the introduction of the excellent Recaro chairs.

But enough talking about it… J to the P — take it away: