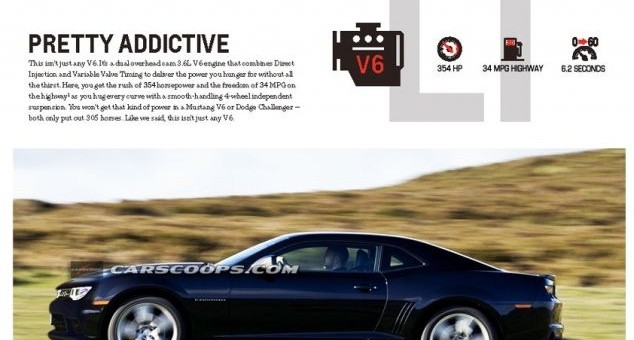 April Fool’s Day was yesterday, and frequent readers may have noticed that we celebrated by posting fabricated stories from our own troubled imaginations. We weren’t alone, as many automakers and other outlets also participated in the annual day where joke stories are allowed (unless you’re The Onion, Autoblopnik, or Sniff Petrol, where it’s the norm). With that in mind, we’re at least willing to give benefit of the doubt that Carscoops came up with their own 2014 Camaro V6 brochure in the spirit of April 1st. Because it’s entirely fabricated.

When we caught wind of it, we inquired with Camaro spokesmodel, er, spokesman, Monte Doran, on the brochure’s authenticity. As he pointed out, it doesn’t use the right interior (note the small stereo screen), or the right tail lamps (Euro-market Chevy Camaro).

Here at GMA, we don’t get April Fooled. We fool you.